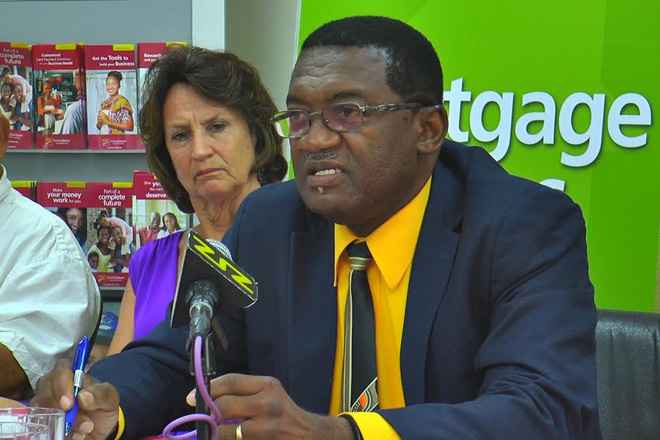 Another option for persons with cancer in the federation

(ZIZ News) — Persons affected by cancer in the Federation will soon be given the opportunity to receive treatment closer to home.

This was revealed by Minister of Health Hon. Eugene Hamilton who outlined plans for an oncology unit to be set up shortly.

He said, “Very early in the term I visited the Eastern Caribbean Cancer Centre in Antigua. It is a first class institution. Since then talks have been taking place to formalise an agreement whereby the Cancer Centre in Antigua to serve as a referral centre working with our own oncology unit which will be set up later this year.”

Minister Hamilton also spoke of the plans that have already been put in place to make the unit a reality stating “We have gone as far as recruiting an oncologist. We have already identified a team of persons to begin to put this in place and of course they will serve the people in the federation who have been identified as having cancer. We have gone a step further: we are looking at a cadre of drugs that will be needed for serving the people in St. Kitts and Nevis.”

Cancer patients are currently able to access specialist services such as physical assessment and chemotherapy in Nevis.