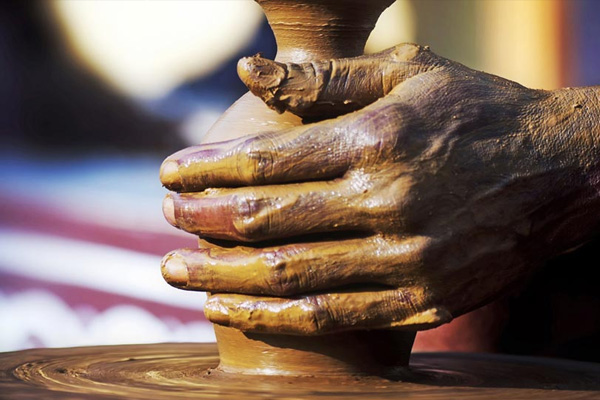 Artisans from the Federation begin training in Taiwan

TAIPEI — Two artisans from the Federation of Saint Christopher (Saint Kitts) and Nevis arrived in Taiwan on October 4, 2013, to attend training courses in pottery and leather craft, courtesy of the Council of Indigenous Peoples of the Executive Yuan of the Republic of China (Taiwan). During the three-week training, the two artisans will have the opportunity to learn from Taiwanese masters in the field of leather carving and pottery making. They will also have the opportunity to appreciate the culture, creativity and artistry of Taiwanese indigenous peoples.

The training was made possible by a project initiated by the Embassy of Saint Kitts and Nevis in Taiwan and was funded in large part by the Council of Indigenous Peoples, who worked assiduously to make the project a reality. The Embassy of Taiwan in the Federation also played a pivotal role in bringing the artisans to Taiwan. It is hoped that at the end of the training sessions, the artisans will be able to showcase and sell their work, and also train other artisans upon their return to the Federation.

The Council of Indigenous Peoples has also cooperated with other countries in an effort to, inter alia, provide Taiwanese indigenous artisans a platform to share their craft and learn about foreign craft, to enhance international visibility, and to improve the craft of artisans from both countries through exchanges.