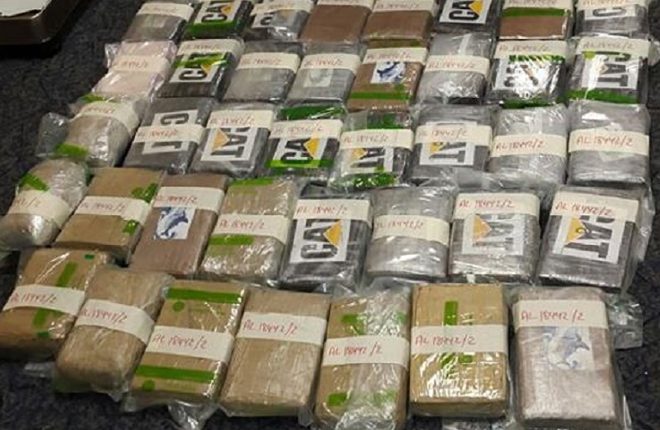 Two employees of an aviation services company and two security guards are among five people charged in what is reported to be the single largest cocaine bust at the Piarco International Airport in Trinidad and Tobago.

Krystel Birot, 24, and 27-year-old Maurice Hinds, both employees of Swissport which handles all ground and cargo handling services at the airport; employees of Intercept Security, Kyle Jones, 23, and K’dere Lee Gomez, 27; and 45-year-old labourer Marlon Thomas, are accused of possession of almost 38.8 kilogrammes of cocaine, with an estimated street value of TT$34.72 million (US$5.2 million).