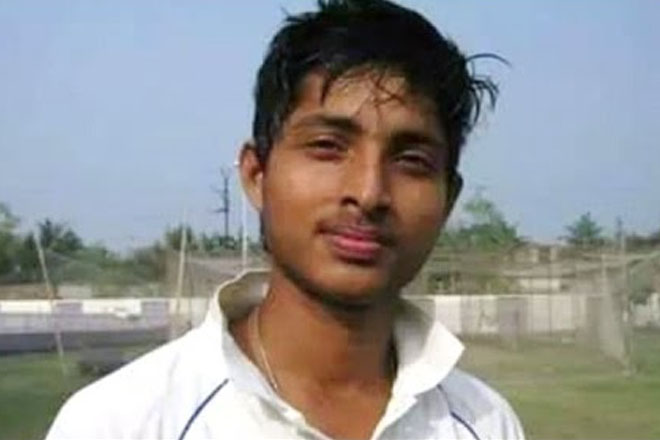 Sports Page — Ankit Keshri, a former captain of the Bengal Under-19 team, died on Monday morning in Kolkata three days after a freakish accident on the cricket field. Keshri had collided with his team-mate Sourabh Mondal on Friday while attempting a catch and had been rushed to the hospital after he stopped breathing briefly. Though his condition improved, he eventually died of a cardiac arrest. Keshri was 20.

The incident occurred during a Cricket Association of Bengal’s Division 1 knockout match between East Bengal and Bhowanipore at the Jadavpur University Campus ground in Kolkata. Keshri, who was among the 30 India Under-19 probables for the World Cup in 2014, had actually come in as a substitute fielder.

In the penultimate over (44th) of the Bhowanipore innings, Mondal, who was bowling, rushed to take a catch that was hit towards cover. Keshri was fielding at deep cover and charged in too. Neither of the two noticed the other and collided. According to Shibsagar Singh, who was fielding at point, Mondal’s knee crashed into Keshri’s head and neck region.

As Mondal went down, wincing in pain, Keshri was lying flat and not breathing. Blood was trickling down from his mouth, according to Shibsagar, a former India Under-19 player who has played first-class cricket for Bengal. Keshri responded to Shibsagar’s resuscitation efforts. Pranab Nandy, the East Bengal coach, said there was no negligence as the ground doctor was immediately on the case and Keshri was transported on a CAB ambulance to the nearby Nightingale Hospital within 15 minutes.