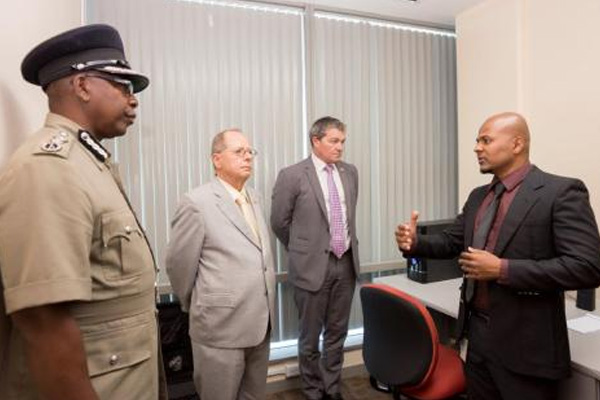 Port of Spain — On Tuesday, the Police Complaints Authority (PCA) of Trinidad and Tobago was the recipient of new audio, video, networking and computer equipment at a handover ceremony at the offices of the PCA in downtown Port of Spain.

High Commissioner of Canada to Trinidad and Tobago, Gérard Latulippe, was on hand to formally complete the transfer of this equipment to the director of the PCA, David West.

“I anticipate many positive results from this project’s implementation, and I look forward to our continued cooperation,” said Latulippe. “Support for this project comes directly under Canada’s approach to security cooperation, as Canada continues its Strategy for Engagement in the Americas, endeavouring to increase its partners’ capacities to uphold freedom, democracy, human rights and the rule of law.”

The hand-over to the PCA is the culmination of joint efforts between the government of Canada and INTERPOL under the Anti-Crime Capacity Building Program (ACCBP) funded by Canada’s Department of Foreign Affairs, Trade and Development (DFATD), in the amount of CDN$56,732 under a tripartite agreement among Trinidad and Tobago, Canada and the United Kingdom. The donation is part of a project entitled “Enhancing the Capacity of the Police Complaints Authority in Trinidad and Tobago”.

This project will provide the PCA the necessary audio and visual equipment to record interviews of T&T police officers who are the subject of civilian complaints. These interviews or ‘hearings’ can then be used to help determine next steps. The project also includes provision of training to the CPA on the usage of the recording equipment, primarily by officers of the Royal Canadian Mounted Police.