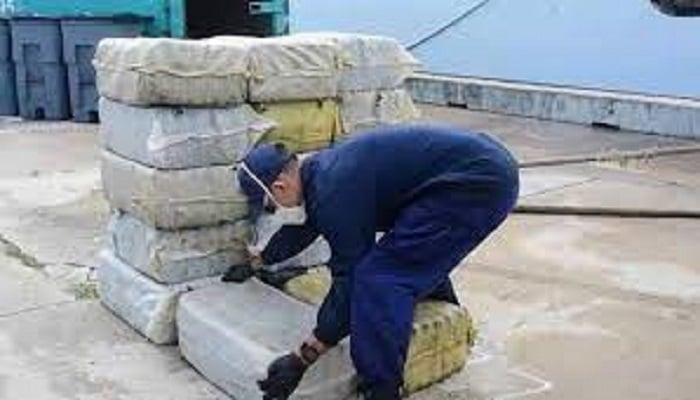 On Friday, the United States Coast Guard said that the crew of its cutter Thetis offloaded more than US$99 million in illegal narcotics at Base Miami Beach.

The Coast Guard said it collaborated with partner agencies in seizing over 5000 pounds of cocaine in international waters of the Caribbean sea.

In a press release on the drug seizure, the Coast Guard quoted the Commanding Officer of the Thetis, Justin Nadolny, saying that the offload was a testament to o the teamwork and devotion of every crew assigned to carry out the mission.

The Thetis, a 270-foot Famous-class medium endurance cutter, is homeported in Key West and patrols the Caribbean Sea and the Gulf of Mexico.

The U.S. Coast Guard said the fight against drug cartels in the Caribbean Sea requires unity of effort in all phases.

The process includes detection, monitoring, and interdictions to criminal prosecutions by international partners and U.S. Attorneys’ Offices in nationwide districts.

During at-sea interdictions, the Coast Guard said a suspect vessel is initially detected and monitored by allied, military, or law enforcement personnel coordinated by Joint Interagency Task Force-South based in Key West, Florida.