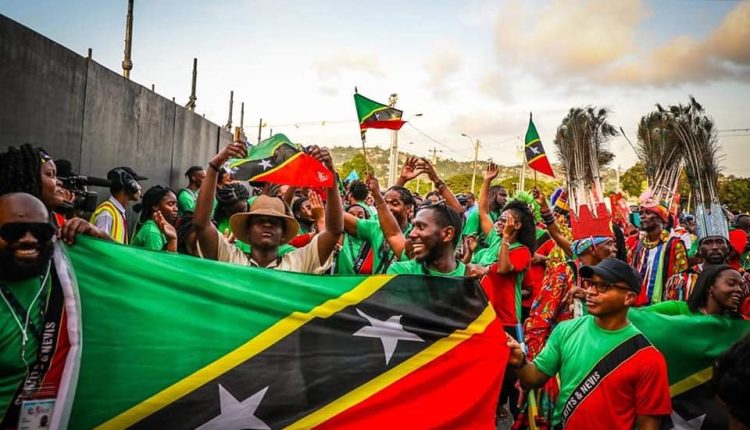 Country night to be an explosion of local culture

Basseterre, St. Kitts, August 21, 2019 (Dept. of Culture): Various aspects of St. Kitts and Nevis’ culture will be featured tonight, August 22, at CARIFESTA 14 when the federation has its country night.

St. Kitts and Nevis – the Mother colony of the West Indies- is planning a production to showcase dance, drama, music, the spoken word, drumming and other cultural components.

Delegates to the regional expo are already looking forward to delivering on the grand stage.

The St. Kitts and Nevis contingent has been synonymous with energy and good vibes and the positive spirit will continue throughout CARIFESTA 14, according to delegation heads.

As a prelude to the country night, Miss Independent (Karisia Willet) and King Craig (Craig McDowell), two calypsonians from St. Kitts and Nevis, utilized a performance on August 20, to let some enthusiastic patrons know that even though Trinidad and Tobago is considered the land of calypso they are very formidable entertainers of the art form and they are capable of ensuring the longevity of the skill.

Another staple of St. Kitts and Nevis culture was also unveiled- the Bull- as a sign of the energy to come.

The masquerades are ready, the band is set, the drums are taut, the steel pans are primed and the St. Kitts and Nevis contingent is eager to connect and share as the CARIFESTA 14 theme states.