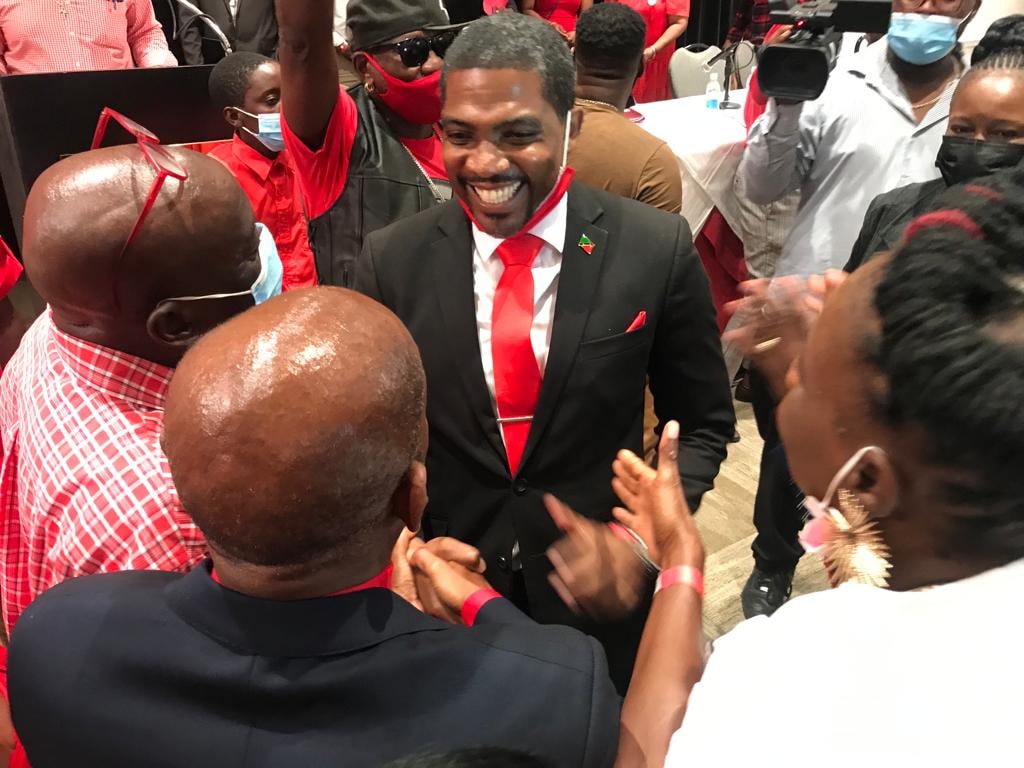 Basseterre, St. Kitts, November 28, 2021 ( ZIZ) — Dr. Terrance Drew, former Chairman of the St.Kitts-Nevis Labour Party, has been elected the new leader of the SKNLP in a historic event. The election occurred during the party’s annual conference on Sunday, where he amassed 184 votes out of 412 ballots with 5 spoiled ones.

After being announced the winner, Dr. Drew gave a few words.

He also asked supporters to refrain from disparaging comments and to be unified.

The 89-year-old party has been led by former Prime minister of the federation, Dr. Denzil Douglas for 32 years. The position was contested by current Member of Parliament for Constituency 1, Hon. Dr. Geoffrey Hanley and former MP for Constituency 3, Konris Maynard.

Hon. Hanley and Maynard are now the Deputy leaders of the party, as third candidate Marsha Henderson withdrew from the race, making their ascension to the position automatically.

Other positions contested include Vice-Chair and floor members, the results of which will be provided in a subsequent report.