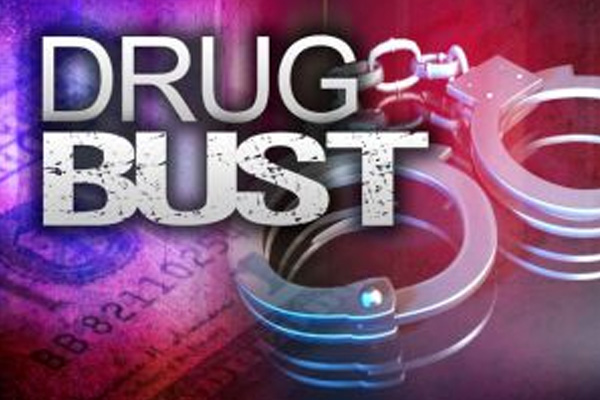 Nassau, Bahamas — Police arrested 20 Chinese men and one woman after seizing 68 kilos of cocaine worth $1.3 million from a vessel at Arawak Cay yesterday morning.

According to Superintendent Audley Peters, police dogs alerted handlers to several floors and areas on the vessel where the suspected drugs were found.

Peters thanked members of the public for assistance with the recovery, which he said was led by “robust intelligence”.

Meanwhile, in other criminal matters, two men and a woman were arrested for illegal entry during a search of a Haitian community located on Butlers Way off Carmichael Road.

A team of officers from the Bahamas Immigration Department and the Royal Bahamas Police Force executed the search warrant, and a police search dog alerted its handler to an area containing suspected marijuana.

“The officer inspected the area and found several packages containing a grassy substance suspected to be marijuana,” read the police report.

In another incident on Saturday, police conducted a field search near a man who was identified as suspicious.

Officers were on routine patrol shortly after 1 am when they approached the man and informed him of their reason for the encounter.

“A field search was conducted,” the police report read.

“During the search, one of the officers found a pistol which contained 14 unfired rounds of ammunition. The suspect was arrested and taken into custody for possession of an unlicensed firearm and ammunition.”

In a separate incident less than an hour later, police executed a search warrant on a business establishment located on West Bay Street.

During the search, an officer found a pistol that contained five unfired rounds of ammunition. A man was arrested and taken into custody for possession of an unlicensed firearm and ammunition.

Both men are expected to be formally arraigned in the Magistrate Court following a thorough investigation, according to police.

In Abaco, two people were arrested after a police chase recovered a weapon, ammunition, and suspected marijuana shortly before 4 am on Sunday.

A team of officers from the Marsh Harbour Police Station were conducting routine mobile patrol in the area of Spring City when officers observed a blue Honda Fit vehicle with dark-tinted windows.

“The driver of the vehicle, upon seeing the police officers took off at a high rate of speed,” read the police report.

“The officer became suspicious and a pursuit ensued. While during the pursuit, officers observed when a silver object was thrown from the vehicle into nearby bushes. The vehicle eventually came to a stop and a search was conducted of both occupants. Upon searching the driver’s left front pocket, a large quantity of counterfeit US currency was found.”

A search of the car reportedly revealed a clear plastic wrapping containing a quantity of suspected marijuana along with two .38 live rounds of ammunition.

The report added: “Both persons were taken back to the area where the object was thrown and a silver .357 Magnum revolver was discovered containing two .38 live rounds and one spent round. They were both arrested and taken into police custody. Investigations are being continued.”