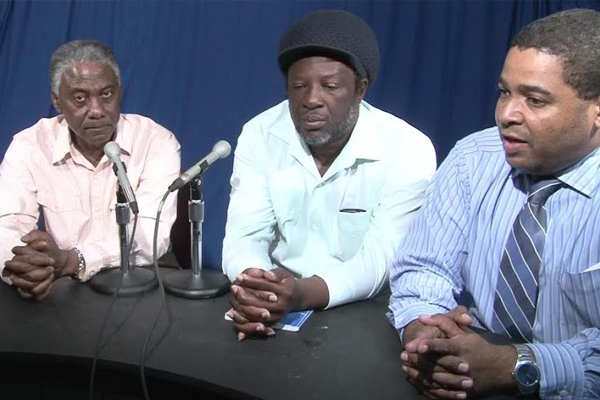 Basseterre, St. Kitts (SKNIS): Addressing the health of the Federation’s children while ensuring food security is one objective of the Farm to Fork Programme which is currently being piloted in four primary schools in St. Kitts and Nevis.

Children of the Beach-Allen, Edgar T. Morris, St. Paul’s and Saddlers Primary Schools who are in the Schools Meals Feeding Programme have been participating in the Farm to Fork Programme which addresses the issue of food security on several levels. This involves a partnership between the Ministries of Agriculture, Education and Health.

As such, there were upgrades of food service equipment at the School Meals kitchen, along with staff training, a menu modification to the meals provided at the mentioned schools, and increased physical activity for children taking part in the programme. Fifteen farmers were identified to provide produce for the programme. With the parents’ permission, the health of the participating students was also assessed via several screenings, some of which involved blood tests. A Quality Assurance Officer was appointed along with several Nutrition Assistants who would show up unexpectedly at the pilot schools during lunch time – supervise, monitor and speak to the students to determine whether or not the meal was liked, ensure portion control and assess wastage.

Dr. Leroy Phillip, Associate Professor of Nutrition at McGill University, Canada, was in the Federation recently to assess the programme. During an interview with the St. Kitts and Nevis Information Service, he emphasized that it is critical to recognize that eating home-grown nutritious food can lead to improved health.

“For too long we have made this disconnection between agriculture and health or what people eat and the origin of the food that they consume,” Dr. Phillip emphasized. “Farm to Fork really is embedded in what the World Food Programme considers home grown school feeding and it means that to the extent possible, the school feeding programme should be provided with produce grown locally, purchased locally and delivered to the children so that you stimulate agriculture development while addressing children’s health.”

Permanent Secretary in the Ministry of Agriculture Ashton Stanley emphasized that it was necessary to see the benefit of supply goods to meet the demand rather than haphazard production.

“So basically, what we are saying, it is essential for us to link production to market,” Mr. Stanley stressed. “The school feeding programme is basically a vehicle for this – linking production directly to market.”

“We have on the landscape realized that there are many challenges to agricultural production. Basically these challenges are very difficult to be met exclusively by government and so we welcome partnerships.”

Permanent Secretary in the Ministry of Health Andrew Skerritt made the connection with his ministry by noting that a nutritious diet from youth reduces the risk of contracting a Non Communicable Disease (NCD) as one ages.

He informed that in St. Kitts and Nevis surveys produced by the Ministry of Health have shown that there is a 70 percent obesity rate among adults, at least 35 to 40 percent have elevated blood pressure while almost 70 percent of adults are living with hypertension. He noted that lifestyle changes have to begin with the youth.

“So we’ve got to combat and deal with chronic NCDs, and what better way to do this, than in this project and early intervention,” Mr. Skerritt noted. “Quite often, it’s very difficult to change people’s lifestyles when they are adults, you can put all the education, all the promotion and education out there. What this plan does is, it intervenes early into the School Meals Programme. We have already accomplished a successful menu modification which introduces more nutritionally-well balanced meals into the schools, and hopefully in the long-run you will see reduced rates of obesity.”

Initially, an initiative sponsored by the Canadian government through its Canadian International Food Security Research Fund (CIFSRF); Farm to Fork also saw CARICOM, the University of the West Indies and McGill University, coming together in March 2011 to commence the programme. It currently operates in St. Kitts and Nevis, Guyana, Trinidad and Tobago and St. Lucia with a conclusion date of August 2014.