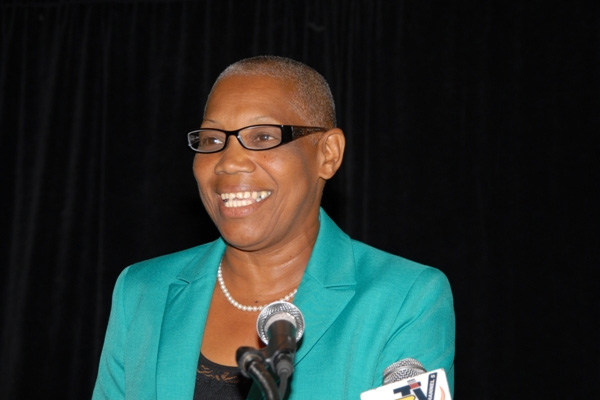 Basseterre, St. Kitts, (CUOPM) — The leadership of St. Kitts and Nevis’ Prime Minister the Right Hon. Dr. Denzil L. Douglas has been hailed as necessary even in the roughest social, economic and political ties.

Appearing on Freedom FM 106.5 “Good Morning St. Kitts and Nevis,” hosted by EK, Minister of Community and Social Development, the Hon. Marcella Liburd recalled the violence perpetrated on her and others including EK, who had his vehicle damaged.

“Sometime earlier in 2013, after a meeting in Sandy Point, my tires were slashed. There were three other vehicles whose tires were also slashed. There was an incident with respect to shooting at the Speaker’s House. There was an attempt at arson at Masses House in a particular period, all following one another,” said Minister Liburd, who is also the Parliamentary Representative for Central Basseterre.

“Politics is about a debate. That is what it is. It is about a debate. You have your views,  I have my views and I believe that the people who are making these comments, I believe that the reason they are doing that, is because perhaps their issues are not resonating with the people because that is what it is supposed to be. Debate is about issues and at the end of the day, people will decide, one way or the other. I don’t have a problem with that,” said Ms. Liburd.

Ms. Liburd used the opportunity to call for calm and to ensure that the issues are debated.

“Let’s debate the issues. We (Labour) are not afraid to debate the issues, because we believe that we have a very strong case to make to the public. Not only in talking, but you can see what is happening with the economy and it is very evident,” she added.

“I am saying that leadership is not seen when things are nice and rosy. It is the same thing with leadership. Anybody could read when things are good, but if you look at last year when all of the rough seas that we had internally in the Party, in the Cabinet, in the Government, in the country in terms of globally and economically, and we have come through all of that as a successful country and that to me is a true test of leadership,” said Minister Liburd.

“It is in the roughest times, that’s when you need a good captain with a steady hand on the wheel and I think that is what we have in our Leader. That is what true leadership is all about and we are prepared to put up our leader against any leader out there for that matter,” Ms. Liburd, a lawyer by profession, a former teacher, a former Speaker of the National Assembly and sports administrator.