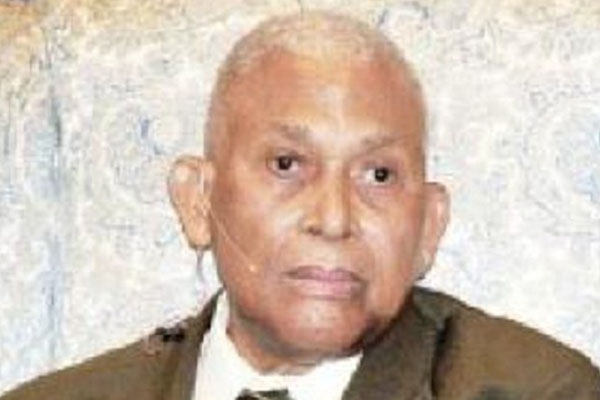 Port of Spain, Trinidad (CMC) — Trinidad and Tobago Tuesday begins the five-day process of saying a final farewell to its third president and prime minister, Arthur NR Robinson, who died on April 9 at the age of 87.

President Anthony Carmona will be the first person to pay his respects as the body lie in state on the seaside of the Parliament building on the outskirts of the capital for a nine hour period until Wednesday.

The body was carried to the new Parliament building in a military procession and workers at the old  Parliament building which is now under renovation removed the boarding to allow the eternal flame, which stands atop the marble cenotaph, as a symbol  of the “need to be ever-vigilant in the protection of our democracy”, to be exposed.

The flame has not been functioning since 2010, when the renovation and restoration of the Red House building began in earnest, 20 years after it was damaged during the 1990 attempted overthrow of the Robinson government by members of the radical Jamaat-Al-Muslimeen group.

Sang-Hyun Song, president of the International Criminal Court (ICC) that Robinson played a pivotal role in its formation, former Commonwealth secretary general Sir Shridath Ramphal, will be among regional and international dignitaries attending the funeral service.

They, along with President Carmona, Prime Minister Kamla Persad Bissessar as well as Chief Justice Ivor Archie will deliver tributes at Robinson’s funeral service on Thursday at the at the National Academy of the Performing Arts (NAPA).

Chairman of the Integrity Commission and a Robinson’s former cabinet colleague, Ken Gordon, will also deliver a tribute on behalf of the Robinson family at the three hour service where the main celebrant will be Rev Dr Leslie G Anderson.

Robinson’s body will lie in the foyer at NAPA until 3:00 pm (local time) on Thursday before it is transported by an Air Guard helicopter to the sister isle of Tobago, where he was born.

The body will lie at the Tobago House of Assembly in Scarborough on Friday and the funeral service will be held at Dwight Yorke Stadium in Bacolet on Saturday.

There will then be a private family service at the Scarborough Methodist Church and the burial will follow the two hour service.