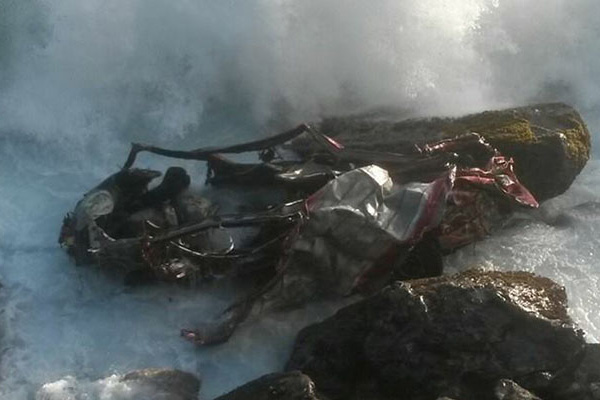 Kingstown, St Vincent — At least five children have died following an accident that occurred shortly before 7:00 am on Monday in the Kamacrou area (between Owia and Fancy) in the northeast of mainland St Vincent.

Seventeen people were reportedly travelling in a minivan owned by the Apostolic Faith Church carrying schoolchildren from the northernmost village of Fancy to Kingstown, the capital city, when it ran off the road and plunged into the sea in an area known as Rock Gutter.

Two of the students reportedly made it back to shore and called for help.

Police and coast guard were on the scene and ambulances were dispatched from the capital to assist; however, rough seas have been hampering efforts to retrieve bodies from the water.

Speaking on radio later Monday morning, St Vincent and the Grenadines Prime Minister Dr Ralph Gonsalves expressed condolences to the families of those who died, telling them the entire nation was mourning with them.

Crisis centres have been set up in Kingstown and in the north of the country.

The formal opening of the new parliamentary session in Kingstown has been postponed by 24 hours because of the accident.

The SVG Diaspora Committee of New York sent its deepest sympathies to the families and friends of those who lost loved ones in the accident.

“In these difficult times, we all must mourn together and console the families who are affected. Already, Vincentians abroad in the Diaspora are grieving over the loss of lives. This is indeed a sad day in the history of St Vincent and the Grenadines. We cannot cease being our brothers and sisters’ keepers. We must morn together,” the committee said.