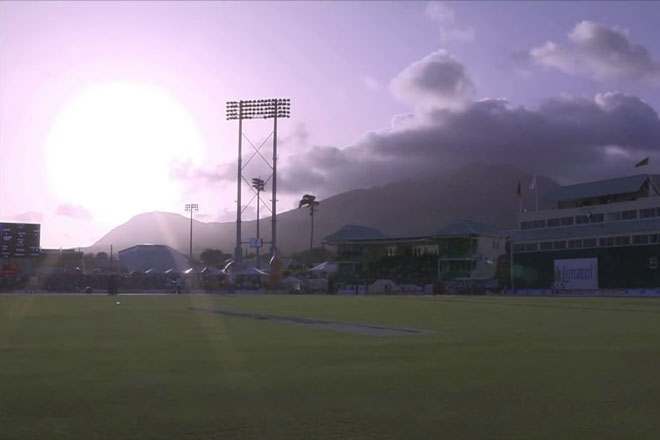 Government ensures all is ready for CPL 2015

Basseterre, St. Kitts (SKNIS) — The Ministry of Sports is working with partners to ensure that all is in place for the home debut of the St. Kitts and Nevis Patriots in the 2015 Limacol Caribbean Premier League (CPL) at the end of June.

Minister of Sports, Honourable Shawn Richards explained that he has “daily contact” with members of the Local Organizing Committee (LOC) as well as the St. Kitts Cricket Association to ensure that the Warner Park Cricket Stadium is ready to successfully host 10 regular matches and a charity game from June 30 to July 11.

Additionally, a revised payment schedule was made with CPL executives to allow the government time to meet financial obligations. Minister Richards said the new schedule was necessary as no budgetary allocation was made for the event by the previous administration.

Under the revised arrangement, the first installment of US $1 million was paid on May 22. “We are on schedule with the payments,” Minister Richards stated. “There are two more payments equaling US$750,000 each to give a total of US $2.5 million which will be paid before the CPL games are hosted here.”

The opening match at Warner Park will feature the St. Kitts and Nevis Patriots versus the Jamaica Tallawahs. The first match on June 30, begins at 6 p.m.

Last year, St. Kitts and Nevis hosted its first CPL matches which included the semifinals and final. This is the first year that the twin-island federation has a home team.