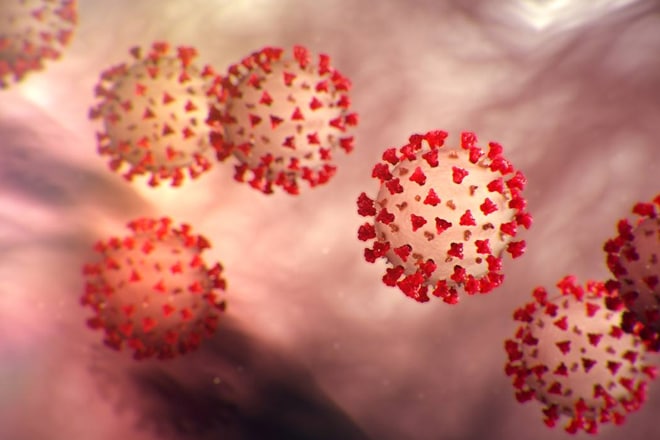 A 50-year-old female who arrived in Grenada from the United Kingdom onboard the Virgin Atlantic aircraft which landed at Maurice Bishop International Airport on 16 March 2020, has become Grenada’s first confirmed Covid-19 case.

“She arrived in Grenada from the United Kingdom on Monday, 16 March. She became symptomatic on Tuesday 17 March, and was subsequently tested,” said Health Minister, Nickolas Steele, during an emergency news conference on Sunday at midday.

Describing Grenada’s patient zero as an imported case, the minister, with Dr Francis Martin, Acting Chief Medical Officer; and Dr George Mitchell who is the Covid-19 Response Coordinator, said the patient is in isolation to prevent the potential spread of the disease. Officials of the Ministry of Health are also aggressively conducting contact tracing for the returning national who is exhibiting mild symptoms.

“I assure you that our very capable medical team has been actively following up and engaging in contact tracing. We are already moving to isolate and monitor several others who were in close contact with the patient. This will continue for the next 14 days, at least,” said the minister who explained that contact tracing includes using the flight manifest.

Grenada, on Sunday, announced that effective 23 March 2020 and until further notice, the airports will be closed to all commercial passenger traffic. The exception will be a British Airways flight which has been pre-approved for landing on 25 March.

Steele explained that there are British nationals in Grenada who wish to get out, and the flight is an accommodation for those who want to leave. He also announced that the flight will be coming with passengers, and because of having the first confirmed Covid-19 case, the persons on that flight will be treated differently in terms of the law and the health protocols.

He used the opportunity to advise the public to report or inform the Ministry of Health or nearest health facility, of any possible or suspected people displaying acute respiratory symptoms at this time.

“As the State of Grenada continues to aggressively monitor its ports and implement additional stringent methods to further protect our nation, the general public is urged to follow the safety advice and guidance of the Ministry of Health. Practice proper hygiene, and maintain social distancing of at least 6 feet,” he said.