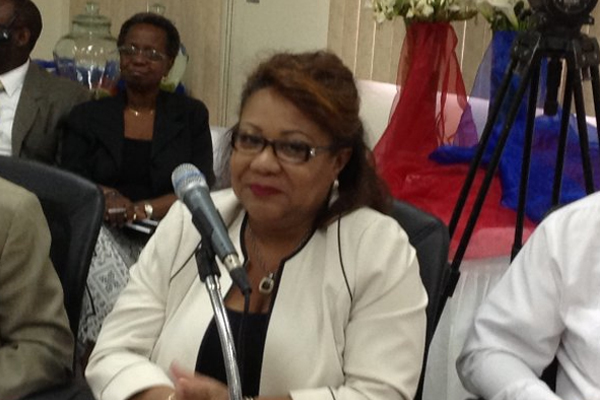 Port-Au-Prince, Haiti (HCNN) — Haitian President Michel Martelly has appointed Florence Duperval Guillaume as prime minister to replace Laurent Lamothe, who resigned over a week ago, in a move to help solve a political crisis threatening the Caribbean country’s stability and ongoing progress.

Guillaume, who served as Lamothe’s minister of health, will lead the government for a period of time not exceeding 30 days, before the appointment by Martelly of a new prime minister who will submit his or her government program for Parliament’s approval, as provided by the current constitution.

Guillaume has the reputation of being very hardworking and competent as health minister and was praised by many for the work accomplished at her department over the past three years, but the task of running the whole government, even for a short period of time, will be much more challenging.

Martelly has engaged in a series of political talks with opposition parties and other sectors in order to find a consensus on the appointment of a new government that will integrate even more opponents to the cabinet.

All those initiatives have been taken in hopes of appeasing radical political rivals who demand a sweeping change in the executive branch, which includes the early departure of Martelly, the country’s democratically elected leader.