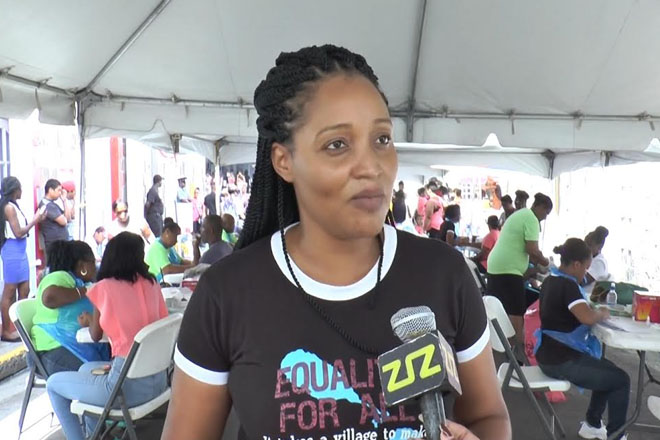 (ZIZ News) — The Health Promotion Unit is working to make HIV testing easily accessible to anyone wishing to know their status.

When asked what’s next, National AIDS Programme Coordinator Gardenia Destang-Richardson said the goal is to make HIV testing accessible and less time-consuming across the country.

“We are hoping to have this fingerprint methodology at many more sites or what we call point of care HIV testing where persons can go to a health centre or their own private doctors and they can have this service instead of having to do the back and forth of speaking to your doctor then going to the lab then coming back and waiting for results. So the whole idea is that we are going to be expanding and extending this service to a lot of other sites in St. Kitts and Nevis,” she explained.

The aim is to test at least one hundred thousand people in the Caribbean by 2017 in anticipation of the 10th anniversary of Regional Testing Day.