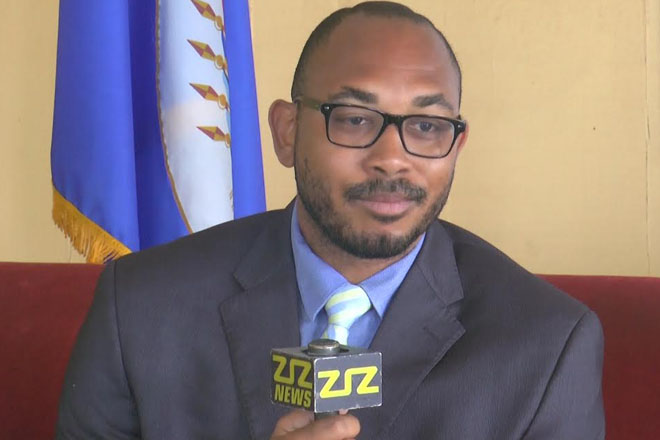 “I Reduce” Campaign to encourage ban on plastic bags

(ZIZ News) — Earth Week SKN stakeholders sat down at a press conference at the OAS Headquarters on Monday, to discuss methods of preserving our surroundings across the federation.

One of the focal points addressed was the need to reduce the use of plastic bags and the issue of excess plastic bags polluting the environment.

He also mentioned how difficult plastic bags were to contain at the landfill.

“One of the campaigns which we want to take through the course of the year is the ‘I Reduce’ campaign which is really geared towards encouraging persons to use less plastic bags in particular and we all know that these plastic bags for example, when put into our landfill and traditional processes of disposal won’t break down and so are bad for the earth. We can encourage persons to use more reusable bags so for example the Ram’s Supermarket has implemented the opportunity for persons to get reusable grocery bags at a minimal fare”, the Ambassador stated.

When asked to suggest alternatives to replace plastic bags, Powell said we should aim to use reusable items.

“If it is that there needs to be an alternative to store your garbage in, there are disposable garbage bags which are available in the market place that can be used as opposed to these other plastic bags which are really not good for recycling or even breaking down in terms of landfills. It is a matter of recycling and in the absence of an organized recycling or process here, we’re trying to get people to understand the importance of reusable items as opposed to disposable ones”, he added.

The Organization of American States’(OAS) Representative to St. Kitts-Nevis, Terrence Craig said the OAS would spread awareness via a documentary dubbed “Bag It”.

“We as an organization, we can increase the awareness and to do so we have bought the rights of this documentary called ‘Bag It’. It will be shown shortly in St. Kitts-Nevis. We will call upon ZIZ as well to air it and this shows the influence plastic has on coastal states and the marine environment as well, so we are going to bring that awareness and we hope to work with the government and the schools as well”, Craig explained.

Countries like Antigua and Guyana have also been making efforts to implement a ban on Styrofoam containers as well as plastic bags in 2016.