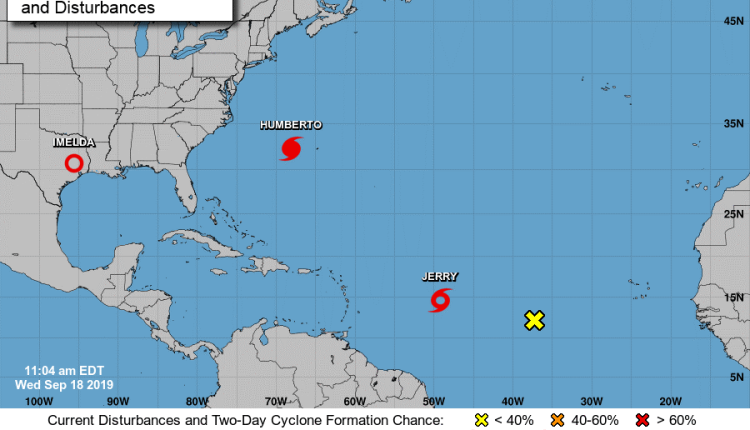 Jerry Becomes the Tenth Named Storm of the 2019 Season

Jerry is moving towards the west-northwest near 13 mph. A west-north-westward motion at a slightly faster forward speed is expected over the next few days. On the forecast track, the system will be near the northern Leeward Islands Thursday night or early Friday.

Maximum sustained winds have increased to near 45 mph with higher gusts. Further strengthening is forecast during the next couple of days, and jerry is expected to become a hurricane by the time it moves near the northern Leeward Islands.

At this time, no specific action is required of residents in the Leeward and British Virgin Islands, other than to closely monitor the progress of Tropical Storm Jerry, review hurricane preparedness plans and be prepared to act as any further westward motion could bring the core of the system closer to the islands.

No watches or warnings are required at this time. However these may become necessary within the next 24 hours.