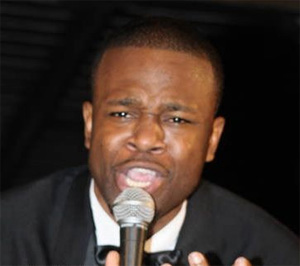 “I do not understand why Dubai raises so much concerning eyebrows? I have been a calypsonian at the senior level since 2005. I have travelled the world over and sung and performed as the reigning calypso king in many, many events where you had the Honourable Prime Minister, Honourable Ministers of Government, Government Officials and Ambassadors from Toronto, in New York, Washington DC, Houston, Miami and in Dubai,” the Electrical and Computer Engineer told listeners on Freedom 106.5 FM “Issues” with Juni Liburd on Monday.

Mr. Maynard responding to a statement/question by Val (Vat T) Thomas said he was invited to perform in Dubai by private persons.

“What happened is that the organisers of a particular dinner event came to St. Kitts last Carnival and was so impressed with the performance that we gave last Christmas that they invited me as the reigning National King to perform at an event to showcase St. Kitts. I went there to perform as the reigning National King and the Prime Minister happen to be the guest speaker at the event. The Prime Minister himself was unaware that I was going to be there,” said Maynard, who at the age of 10 years, released his first official calypso “Cool School” in 1993.

“It was those organizers who all they wanted to do was showcase some talents to the persons there in Dubai of what we had in St. Kitts and I was very honoured for the call and I hope that they invite me again. One more thing; while I was there, we were able to touch some people, a gentleman from China said he wanted me to come over and sing at his bar in China so China is next,” said Maynard, whose candidacy has been welcomed across the twin-island Federation.