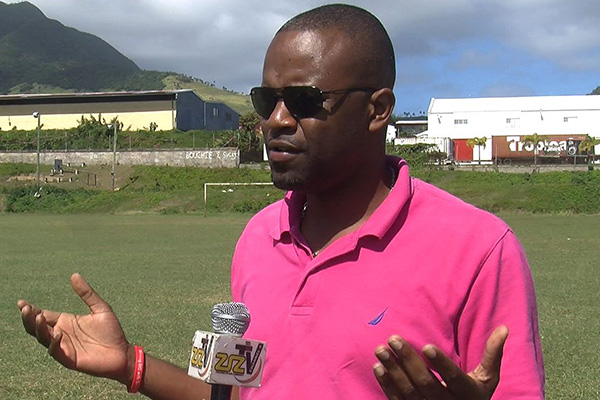 ZIZ News — New Labour Party candidate Konris Maynard is sticking to his commitment of enhancing constituency number three one step at a time.

Maynard played an instrumental part in getting a new lighting system for the Lime Kiln Playing Field where the area’s football team, the Trafalgar Southstars, practices regularly.

General Secretary of the Trafalgar Southstars Football Club, Shamalo Byron says practicing under the old lights made it difficult for the team to be successful.

He thanked Maynard for sticking to his commitment to improve the situation.

Maynard thanked the minister of sport for working alongside him in getting the lights installed.

“After we put some behind making sure that the patrons of this field; or the users of this field in the area get some lights, it’s good to see that it is finally happening,” he said.  “I want to give special thanks to the minister of sports which is the Hon Glenn Phillip who was more than willing to accommodate the need.”

He added however that they will be putting other measures in place later to further enhance the playing field to a level where official SKNFA matches can possibly be played there.

“This is just the start, we want to make this field a high quality field in the long term but we needed to get something right away because i think it was just unfortunate that after so many years we couldn’t have some assembly of some proper lighting here,” he said.

The installation of the new lights has also made it possible for the Haynes Smith Cricket Club to host an upcoming night softball cricket league.

That league is expected to begin by the end of this month.