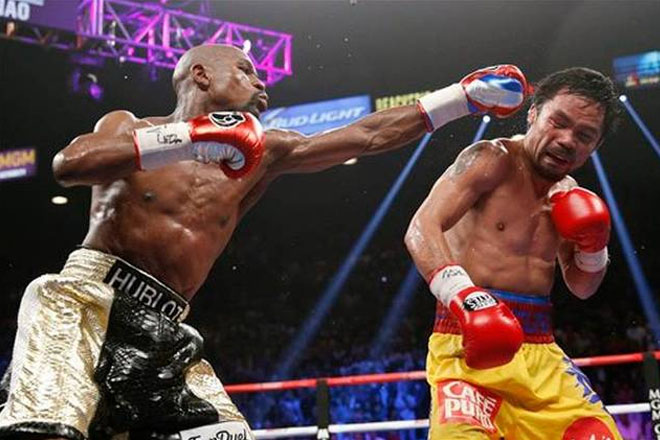 Sports Page — The pressure of a $180 million payday never got to Floyd Mayweather Jr., even if the richest fight ever wasn’t the best.

Using his reach and his jab Saturday night, Mayweather frustrated Manny Pacquiao, piling up enough points to win a unanimous decision in their welterweight title bout. Mayweather remained unbeaten in 48 fights, cementing his legacy as the best of his generation.

After the fight, it was disclosed that Pacquiao injured his right shoulder in training and that Nevada boxing commissioners denied his request to take an anti-inflammatory shot in his dressing room before the fight.

Pacquiao chased Mayweather around the ring most of the fight. But he was never able to land a sustained volume of punches, as Mayweather worked his defensive wizardry again.