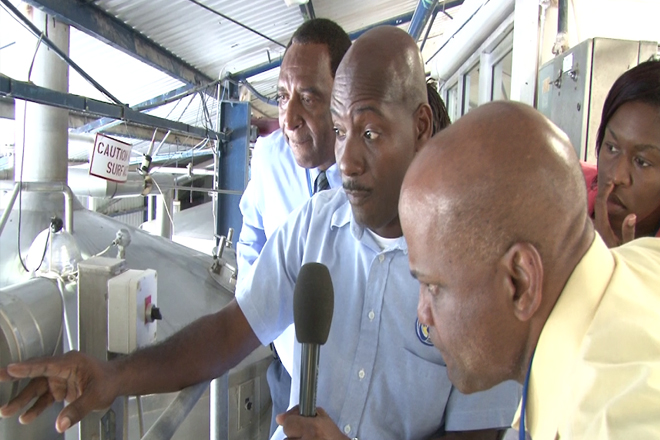 (SKNIS): This week, March 9, Minister of Trade, Industry and Commerce, Honourable Lindsay Grant, visited Carib Brewery (St. Kitts and Nevis) Ltd. in continuation of his tour of various manufacturers in the Federation.

The minister gained a detailed insight on the production process at what is, according to the Managing Director, Mark Wilkin, the largest beverage manufacturer in the OECS.

Minister Grant was not only impressed with the processes that go into making beverages but also the employment of several differently abled persons. He stated that it says a lot about the commitment to not only the development of St. Kitts and Nevis but the region on a whole.

He said persons with disabilities have a positive “role to play” in society and he was pleased to witness their performance.

Minister Grant said that he hopes that the facility continues its good works in this regard.

The minister highlighted that what is also noteworthy is that the brewery is a “major player in the economic development in St. Kitts and Nevis.”

“[The brewery] creates about eight percent of the GDP and that is very significant,” stated the minister. “The manufacturing sector has created just about 3000 jobs which is also significant.”