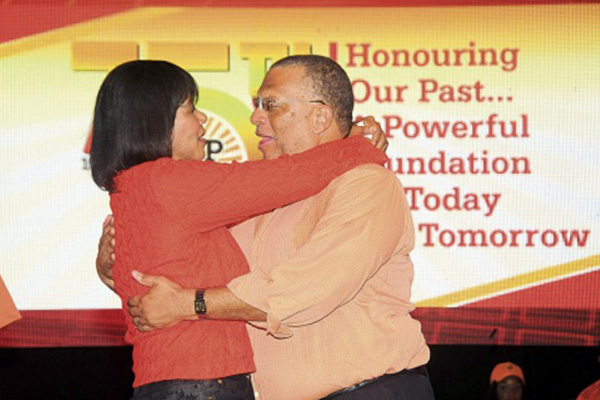 No bad blood between Peter Phillips and PM

Prime Minister Portia Simpson Miller says finance minister and the man who challenged her in a bruising contest for the leadership of the People’s National Party (PNP), has her full support and that of the Cabinet.

Asked if there was any residual bad blood between her and Dr Peter Phillips, Simpson Miller said no: “He has the full support of his prime minister and the Cabinet, to pursue a path to ensure we can pay our debt and get the country out of this difficult economic situation, so that your children and their children will not have to go through what we are going through again… ever in Jamaica.”

Phillips had the full backing of her Cabinet for the work he had to do in sticking with the IMF (International Monetary Fund) programme. “It is a joined-up effort of every ministry and every minister,” she said in an interview, the full report of which the Jamaica Observer will begin publishing tomorrow.