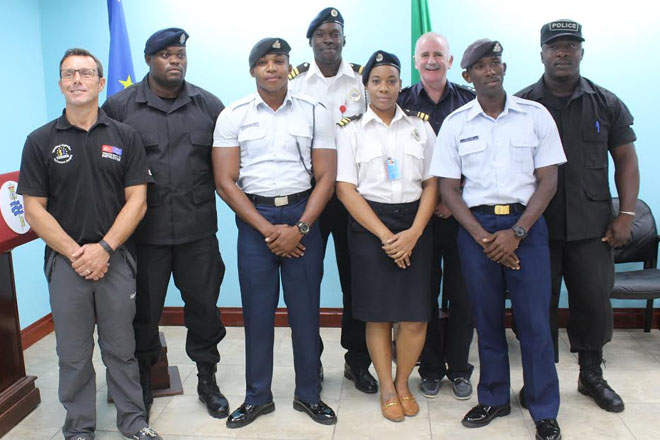 The goal is to step up the fight against drug smuggling and the course is being carried out in Caribbean and West African countries.

The St. Kitts leg wrapped up with a brief ceremony at customs headquarters on Friday.

It was organized by the European Union and the St. Kitts Nevis Customs and Excise Department.

Consultant with the European Union Phil Dunn outlined the importance of this type of training.

“It is estimated that approximately 300 tons of cocaine are transported from South America by maritime tracking methods into the European Union each year. The EU funded SEACOP project aims to support countries along the cocaine route in their fight against maritime illicit trafficking and associated criminal networks,” he said.

Assistant Comptroller of Customs, Theodore Brown noted that the local participants were very grateful for the training.

The Seaport Cooperation Project seeks to build capacities and strengthen cooperation against maritime trafficking in countries on the trans-Atlantic cocaine route.

Activities include the establishment of specialist maritime intelligence units in seaports and sensitive coastal areas, and supporting greater international cooperation and information exchange.