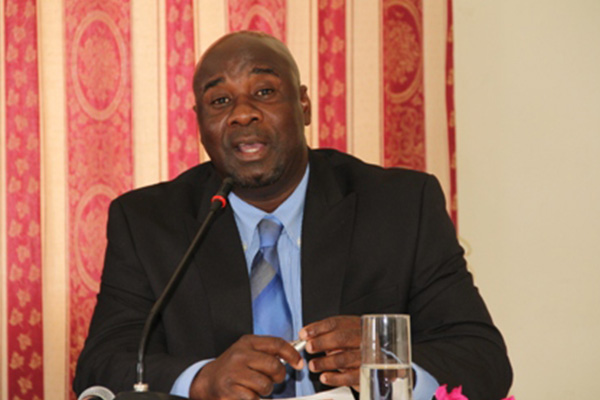 People of Nevis will not be denied of resource belonging to them, says Energy Minister

NIA Charlestown Nevis— Energy and Environment Minister in the Nevis Island Administration (NIA) and Hon. Alexis Jeffers said he would not deny the people of Nevis a resource that rightfully belonged to them. He was at the time responding to inquiries from the media regarding the status of an Appeals Court matter filed by a former developer who had been contracted to develop geothermal on the island some years ago.

The event, a press conference hosted by the NIA on December 06, 2013, was held at the Red Cross conference room to showcase the principles of Nevis Renewable Energy International (NREI), a new and successful bidder selected from a field of three, for the development of geothermal energy on the island.

“Personally, I have no information regarding the appeals process. What I would say at this point in time is that we are moving ahead with this project and we are very confident about the direction in which we are heading. Anything to do with the Court, that would play out in a matter of time I am sure but in the mean time, we are not going to deny the people of Nevis what is rightfully theirs,” he said.

According to Mr. Jeffers, the geothermal development project was one which he believed the Nevisian public had been waiting for, for many years; one which could bring significant change to the lives of the people on the island and a project which was past due to commence and as such he was not bothered by the Court for the time being.

“I am not bothered about the Court at this point in time. Persons who are connected in that process will do what they have to do. We, as an Administration, are doing what we have to do as a Government and that is helping to transform the lives of the people of this country and that’s why we are forging ahead.

“I do believe that we have looked at the situation at hand and we have determined that as an Administration that we are moving ahead and that is what we are going to do,” Minister Jeffers stated on the matter.