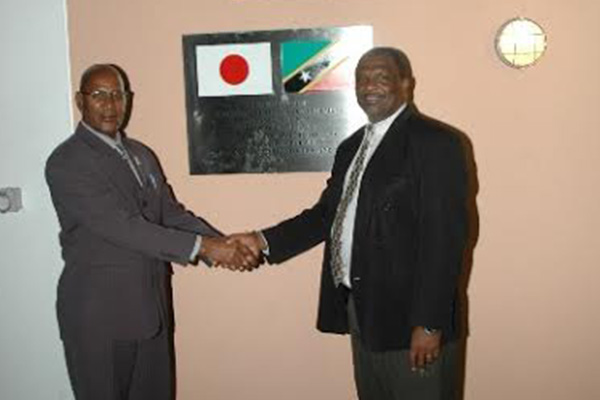 Basseterre, St. Kitts (CUOPM) – Prime Minister the Rt. Hon. Dr. Denzil L. Douglas has confirmed that he had to intervene to ensure that the people of Nevis was not robbed of a fisheries complex.

Responding to a caller who raised the issue during a recent “Ask the Prime Minister,” Dr. Douglas said he had to ensure that the fisheries complex was built in Nevis, as two were already built on St. Kitts.

“Because St. Kitts already had two complexes, one in Newtown and one in Old Road, although the third should have been maybe in Dieppe Bay, or in my own Constituency, I believed that it was not right for three fisheries complexes to be built in St. Kitts and none in Nevis when one was already earmarked for Nevis,” said Dr. Douglas.

Dr. Douglas pointed to the hypocrisy of former senior minister Dr. the Hon. Timothy Harris, whom he accused of “speaking about unity and is trying to hoodwink and fool the people of Nevis.”

“They must be exposed for what they are because they are nothing but hypocrites,” said the Prime Minister, who thanked the caller for reminding listeners of the atrocities.