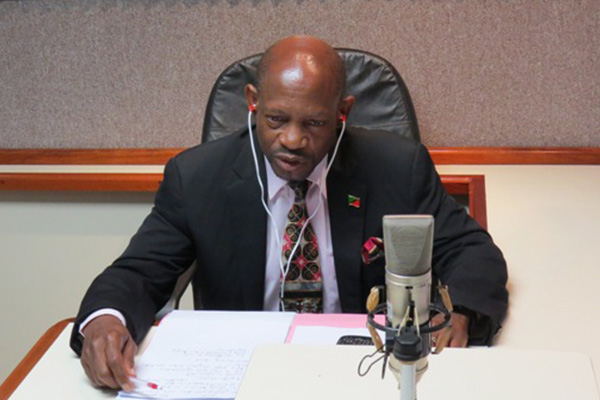 Basseterre, St. Kitts (CUOPM) – The decision of the Nevis Island Administration of Premier the Hon. Vance Amory to follow the decision of the Federal Government in Basseterre, to give civil servants in Nevis, a 10 percent salary increase spread over three years has been welcomed by Prime Minister the Right Hon. Dr. Denzil L. Douglas.

“I am very pleased to be able to say that this increase will apply not only to St. Kitts, but to Nevis as well, where The Honorable Vance Amory, Premier of Nevis, announced to the people of Nevis, during his own Budget Presentation, his pleasure at being able to confirm that a 4% salary increase will be provided to civil servants in Nevis as well,” Dr. Douglas said during Tuesday’s “Ask the Prime Minister.”

Dr. Douglas, who had announced the salary increase and reintroduction of increments for Federal civil servants early December, commended civil servants as one of the groups doing their best to propel St. Kitts and Nevis forward.

“I wish to focus on our civil servants who implement the policies, procedures, and programmes that my Cabinet colleagues and I so thoroughly discuss, debate, and develop year after year. These public servants are vital components of our Government’s forward movement, and both my Cabinet, as well as the Nation at large, owe them a special debt of gratitude,” said the prime minister, who noted that at the start of this month, Federal civil servants will see on their pay slips, a 4% increase, as he had explained in his 2014 Budget Address last December.

“Special thanks to the all those who make the work of the Federal Government possible, and who, as outlined in my Budget address, will be receiving an additional increase of 3% one year from today , and an additional 3% increase one year after that is also guaranteed at a time when, I regret to say, thousands of civil servants are losing their jobs in Barbados, and after having endured a five-year salary freeze, civil servants in Jamaica were informed just last year that another wage freeze, until 2016, will now be necessary,” said Prime Minister Douglas.