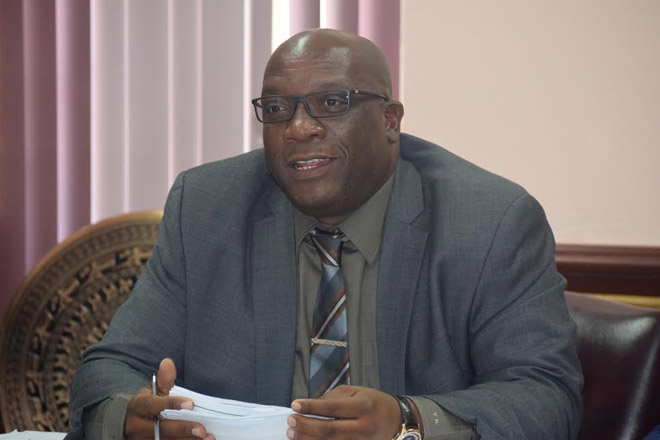 “The OECS Assembly is made up of five members of the Parliament of each independent Member State and three members from the Legislature of each non-independent Member State, with representation from both government and the parliamentary opposition, including the Head of Government and the Leader of the Opposition,” according to the website of the Organisation of Eastern Caribbean States (OECS). The very first session of the OECS Assembly was held on Friday, August 10th, 2012 in Antigua and Barbuda, where it is headquartered.

For the duration of Prime Minister Harris’ absence from St. Kitts and Nevis between July 20th and 22nd, 2016, Senior Minister the Honourable Vance Amory will serve as Acting Prime Minister and Minister of Finance and Sustainable Development. The Governor-General, His Excellency Sir S.W. Tapley Seaton GCMG, CVO, QC, JP, prepared the instrument of appointment for this acting arrangement, as well as those for:

– Minister of Foreign Affairs et al., the Honourable Mark Brantley who has been appointed to act as Minister of National Security for the period July 20th to 22nd, 2016;

– Attorney-General and Minister of Justice et al., Senator the Honourable Vincent Byron Jr. who has been appointed to act as Minister of Education, Youth, Sports and Culture for the period of July 18th to 22nd, 2016;

– Minister of Tourism et al., the Honourable Lindsay Grant who has been appointed to act as Minister of Agriculture, National Health Insurance, Human Settlements, Land and Cooperatives for the period of July 18th to 22nd, 2016, and

– Minister of State within the Ministry of Health et al., Senator the Honourable Wendy Phipps who has been appointed to act as Minister of Public Infrastructure, Posts, Urban Development and Transport for the period of July 20th to 22nd, 2016.

The one-year chairmanship of the Monetary Council will be transferred to the Prime Minister of Antigua and Barbuda, the Honourable Gaston Browne, during the official handing-over ceremony at the Sandals Grande Antigua Resort and Spa. The outgoing Chairman is the Honourable Victor Banks, Anguilla’s Chief Minister.

The Monetary Council is the highest decision-making authority of the Eastern Caribbean Central Bank (ECCB). It comprises eight Ministers of Finance, one from each member government.

The Prime Minister of St. Kitts and Nevis assumed the one-year chairmanship of the OECS Authority – the highest decision-making body of the OECS – last month during the 35th Anniversary Celebrations of the establishment of the OECS. Heads of Government/their representatives formed the OECS with their signing of the Treaty of Basseterre on June 18th, 1981 in the capital city of St. Kitts.