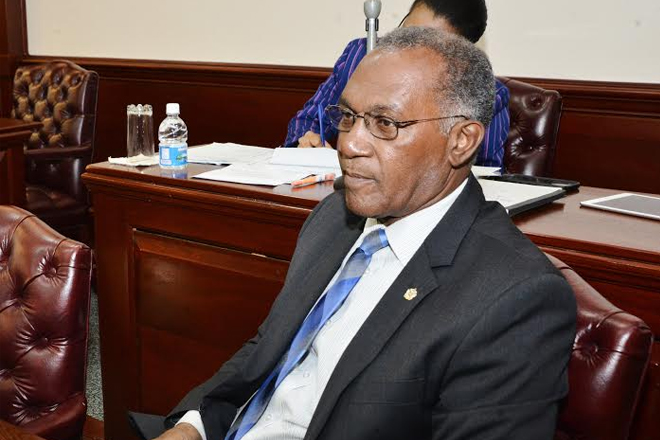 (SKNIS): Premier of Nevis and Senior Minister in the Federal Government of St. Kitts and Nevis, the Honourable Vance Amory, has endorsed the passage of the National Assembly Elections (Amendment) Bill, 2016, which repeals the provision for security personnel and persons who perform essential services to vote prior to Election Day.

The effort to repeal the Bill, which passed in the National Assembly on Wednesday (March 23), was described by Amory as “worthwhile.” The federal minister of labour referred to the general elections of 2015, which was the first time the early voting came into effect, and said it served little purpose.

“In this case, the armed forces and the security forces and the emergency workers for whom it was intended, refused to apply to register in great numbers,” he stated. Noting that more than 1,000 persons in St. Kitts and Nevis were eligible to vote early, Mr. Amory said that only 183 took advantage of the opportunity to do so.

A closer look at the figures revealed that at some polling stations, no one showed up to vote.

“It speaks volumes,” Premier Amory said, “and therefore the effort by this government to have that amendment deleted and repealed to relieve us of the need to have a special day for early voting, to expend as you heard human resources and financial resources and time on that day, I think is a worthwhile thing.”

Mr. Amory added that the low number of persons voting can also betray which candidate the voter chose.

“The issue of the secrecy of the ballot must not be downplayed because we see a number there of 17 or 27 or eight as the case may be, but that’s a total number,” he said. “If we were to narrow that down to individual boxes it will be even more glaring and stark that you could pinpoint every single person who voted in those boxes and for whom they voted.”

Premier Amory said the repealing of the amendment was a first step in a series of changes that will be forthcoming to strengthen the electoral system. The change now means that members of the security forces will vote on pilling day as it was in the past.