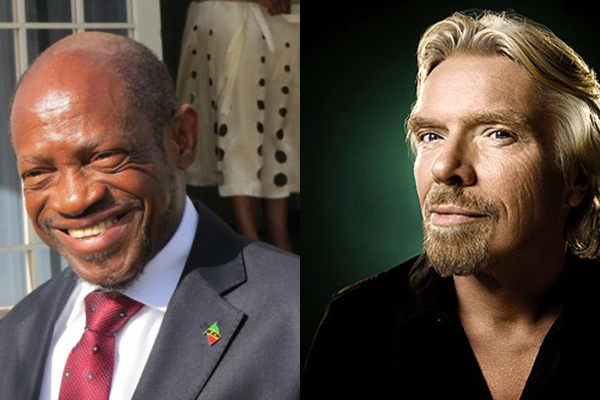 The invitation to the most pioneering leaders in the Caribbean nations, who will be joined by the best finance institutions and top-tier renewable energy providers the world has to offer..

The purpose of the February 4th to 6th meeting is to help islands implement near-term, demonstrative renewable solutions in schools, hospitals, public transport, tourism and utility scale renewable energy, in each country; to look at projects that will have instant appeal to consumers and fit well within current energy policy, vision and needs.

The sessions, also attended by Permanent Secretary in the Ministry of Energy, Mr. Lenny Lake, will seek to develop a project that can be replicated across many islands, appealing not only to international finance providers but also the world’s best project developers and engineers. Beyond the event Carbon War Room and RMI will assist onproject expertise, follow-up sessions, and a world class RFP process.

Representatives of the various countries will be fully involved in the design and construction of these projects – and can contribute as extensively as they wish, both before and during the event.

Two years ago, the Carbon War Room identified an opportunity to work with Caribbean islands by facilitating their shift from fossil-fuel-based energy towards efficiency and renewables.

The rationale for this was evident: consumers on most islands pay between $0.35 and $0.65US per kWh, a crippling cost for their families and economies.

In May 2013, on Necker Island at Caribbean Challenge Initiative, a fantastic conversation was started between Sir Richard and several Caribbean heads of state about the opportunity that renewable energy offers the Caribbean, the current bottlenecks to getting more renewable projects up and running, and the energy challenges consumers face.

In September, Sir Richard took steps to introduce renewable energy to Necker Island (which will be 80% renewables by 2015). He is personally committed, through the Carbon War Room, to helping countries across the Caribbean overcome their current energy challenges and implement the best renewable energy solutions that make sense for all the population.

In October 2013, non-profit think-and-do tank Rocky Mountain Institute became a partner for the February 2014 event. RMI will share its 30-plus years of expertise with efficiency and renewables and help guide the five focused sessions.