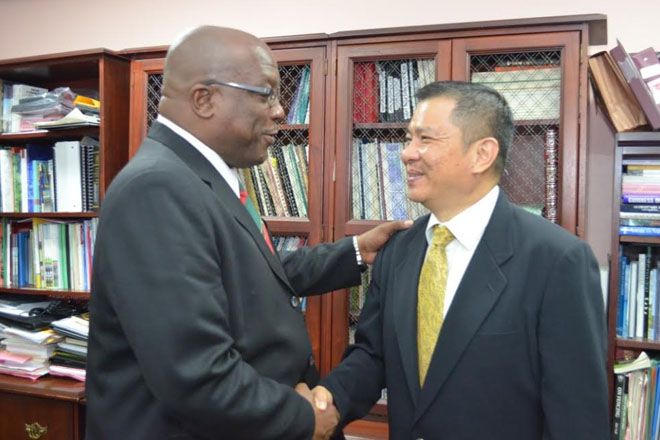 Basseterre, St. Kitts (SKNIS) — Resident Ambassadors in St. Kitts and Nevis were briefed on some of the domestic and international priorities of the government of national unity during recent courtesy calls.

During his meeting, Ambassador Chiou expressed his country’s desire for a continuation of the long standing relationship between Taiwan and St. Kitts and Nevis and reaffirmed the commitment to future cooperation in areas of mutual benefit.

Ambassador Cabrera, congratulated the Prime Minister on the government of national unity’s victory at the polls and confirmed his government’s desire to continue working with St. Kitts and Nevis in education, agriculture and other areas of mutual benefit.

The discussions with Ambassador Vasconcello and Prime Minister Harris, after a few minutes of congratulatory greetings, centered on the benefits for St. Kitts and Nevis and the Federative Republic of Brazil to be derived from the Brazil-Guyana-St. Kitts and Nevis partial scope agreement for trade.

Speaking to the visits, Prime Minister Harris told the government information service (SKNIS) “these visits are important services of updates and renewal of our relationships. We want to advance our agenda for growth and development and our foreign policy initiatives must service our domestic agenda.