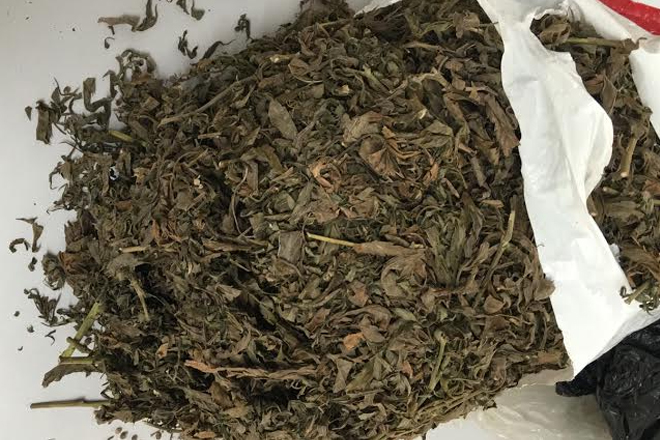 (RSCNPF): Combined Search Operations are ongoing in several communities as a part of “Operation Safe Streets”, a combined law enforcement operation launched on Tuesday (September 20) in St. Kitts and Nevis by the Royal St. Christopher and Nevis Police Force with support from its law enforcement partners.

Teams comprised of officers from the Special Services Unit (SSU), the Anti-Drug Unit, the Defence Force, Her Majesty’s Customs and Excise Department and the Regional Security System (RSS) have executed a number of search warrants on properties across the Federation.

In addition, foot patrols and searches of abandoned houses, lots and cars are being conducted on both islands. Vehicular Check Points, and personal stop and searches are also being done.

Commander of the Operation, Deputy Commissioner of Police, Mr Hilroy Brandy said, “the goal of the operation is to rid our communities of illegal firearms and ammunition, illegal drugs and the removal of instruments that can be used to commit crimes in our communities. The wholesale eradication of marijuana cultivation is also an objective.”

Deputy Brandy added, “this collaborative effort shores up what our specialized units have been doing over the past months.” And noted, “the end result is that this operation will make a significant contribution to continued citizen safety of our communities.” He added, “we want to see a reduction in gun related crimes, and we are committed to doing our part. I encourage our communities to lend their support as we continue this operation, share what you know with the Police, together we will make a difference.”

Akeem Christopher of McKnight was arrested and charged for illegal possession of ammunition.