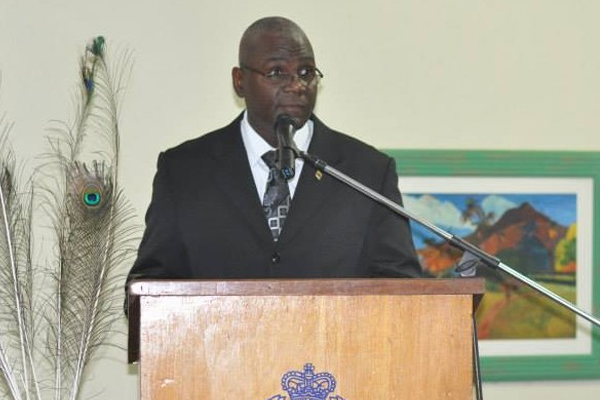 A report from the RSS indicated that the senior members of the Royal St. Christopher and Nevis Police Force (RSCNPF) scored As and Bs during the November 17 to December 12course held in Grenada. Topics covered RSS Operating Environment and Country Presentations, Service Writing, Human Rights and Humanitarian Law, Principles of Operational Command and Control and Leadership as well as Management Studies which included Budgets, Work Plans, Performance Management and Strategic Planning.

“It was a very productive and challenging course,” Superintendent James explained. One of duties as the Commander for Division A is to provide operational orders for the police force, for major functions, and this course has helped to be more efficient in completing this task.”

The challenge came in the form of preparing assignments on time during the short workshop period. This caused many late nights for the participants.

RSS Director of Training Yvonne Alexander praised Superintendent James noting that he “came to the course willing to learn and applied himself to all aspects.” In reference to Acting Superintendent Smithen, Assistant Commissioner of Police Alexander noted that his “oral and written assignments were of a consistently high quality resulting in his overall excellent performance.” She added that Smithen “displayed all the attributes of a highly skilled and knowledgeable manager and leader.”

Commissioner of Police Celvin G. Walwyn congratulated the gazetted officers for their success and stressed that efforts will continue to build the capacity of all ranks within the RSCNPF.