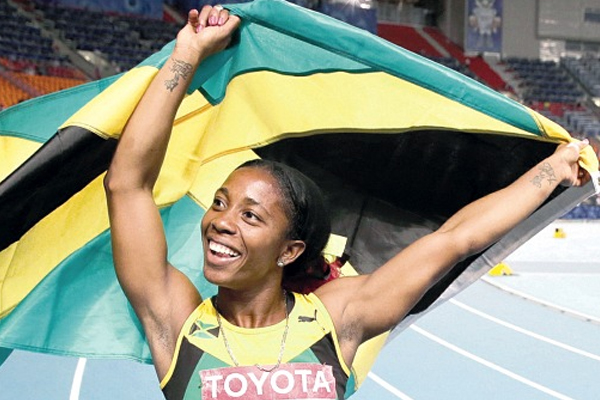 However, as expected the world’s fastest man, Usain Bolt, was not selected by the Jamaica Athletics Administrative Association (JAAA) for the event that also serves as a qualifier to the 2015 World Championships.

Bolt has not run competitively all season and recently he indicated in a Jamaica Observer story that his participation was solely dependent on his coach Glen Mills.

But Campbell Brown, the three-time Olympic 200m champion, is set for a mouth-watering clash with reigning 200m world champion Shelly-Ann Fraser-Pryce at the Shanghai Diamond League in China this Sunday.

The full team was expected to be officially announced yesterday after ratification by the JAAA, but up to press time last night, a lengthy meeting that was scheduled to start at 5:00 pm to discuss same was still in progress.

Both Blake and Fraser-Pryce are expected to lead Jamaica in the 4x100m and 4x200m relays.

With both Bolt and the suspended Asafa Powell missing from Jamaica’s powerful 4x100m team, Blake, the 100-metre 2011 world champion, should line up alongside Nesta Carter, Kemar Bailey-Cole and the improving duo of either Andrew Fisher or Jason Livermore.

Blake, who has a stunning personal best of 19.26 seconds in the 200m, should also be an integral part of the 4x200m with Olympic bronze medallist Warren Weir and possibly Nickel Ashmeade and Rasheed Dwyer to form a formidable quartet.

Fraser-Pryce should team up with the likes of Kerron Stewart, Carrie Russell, Simone Facey and Anneshia McLaughlin in both the 4x100m and 4x200m relays.

There will be five relays each for both sexes and the Jamaicans are set to participate in all except the 4×1,500m events.

Jamaica’s biggest rivals, the United States of America (USA), have named a 55-member team without Justin Gatlin and Allyson Felix and will contest all five relays.

Action starts on the Saturday with the running of the men’s 4x200m heats followed by the women’s 4x100m heats. The first final on day one will be the men’s 4x800m in which Kenya are expected to dominate.

The men’s 4x100m, of which Jamaica are the world record holders, will close the two-day championship on the Sunday.

Close to 800 athletes are expected to compete at the first edition of the World Relays and the top eight teams in both the men’s and women’s 4x100m and 4x400m will automatically qualify for the 2015 IAAF World Championships in Beijing.

In addition, the top eight teams in each event will be awarded prize money with the gold medallists taking home no less than US$50,000. In the event that a team breaks a world record, an additional bonus of US$50,000 will be awarded.