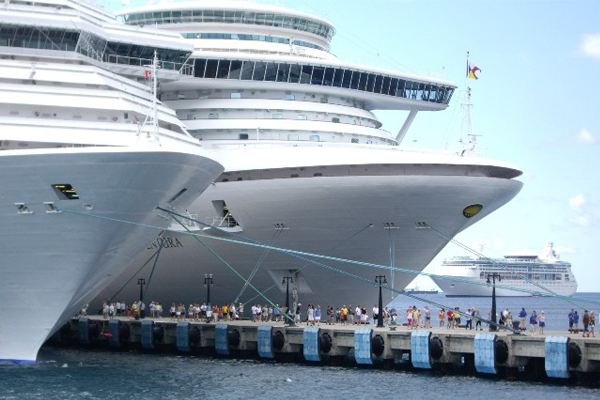 St. Kitts and Nevis, one of 10 Caribbean destinations where tourist arrivals growing

Basseterre, St. Kitts (CUOPM) – The Barbados-based Caribbean Tourism Organisation (CTO) says St. Kitts and Nevis is one of 10 tourism destinations in the Caribbean where tourist arrivals are growing faster than the world average.

According to the Jamaica Gleaner newspaper arrivals to the Caribbean remain flat, despite 15.6 million tourists visiting the region between January and July this year.

Chairman of the Caribbean Tourism Organization (CTO), Beverly Nicholson-Doty said there was no incremental difference when compared to the same period last year, but actual levels still remain above pre-crisis levels.

The CTO chairman told the media during a briefing on the final day of the State of the Industry Conference at the Madiana Palais des Congrès Convention Centre in Martinique last Friday that the findings, which were compiled by the CTO, show results from 18 destinations within the Caribbean.

She said seventeen of them recorded increases in tourist arrivals, with 10 growing faster than the world average of 5.2 per cent.

Jamaica was not included in this list, owing to the closure and refurbishing of several hotels.

Indications are that the best-performing sub-region is the Dutch Caribbean, which recorded a 4.6 per cent increase over the corresponding period last year, while other markets such as South America have been doing exceptionally well.

While the United States (US) remains the region’s largest source market, only a marginal growth of 0.8 percent was recorded in the January to July period, revealed CTO Secretary General Hugh Riley.

Riley said about 7.8 million tourists visited the region from the United States, an indication that the market share for the US rose slightly, moving from 49.6 percent in 2012 to 50.4 percent.

In the case of the Canadian market, which was referred to as the saving grace up to two years ago, there was contraction by 1.5 percent for the same period.

Riley, pointing out that the market share fell marginally to 13.1 percent, said 2.1 million Canadians visited the region in 2013 compared to 2.2 million in 2012.

Canadians took 1.6 percent fewer outbound trips to places other than the US. Their trips to the United States increased by 4.3 percent, a shift that statisticians at the CTO warn should be noted.

Not surprising, European arrivals to the Caribbean declined by 5.1 percent so far this year, a situation many still blame on the air passenger duty imposed by the United Kingdom.

The Organisation of Eastern Caribbean States was the region worst hit by the fall-off in European arrivals. It registered a 4.1 percent drop in arrivals from the UK, while CARICOM countries, including Jamaica, registered a 1.7 percent fall-off.

Cruise passenger arrivals to the Caribbean are also down, with 13.4 million visitors sailing into the region up to the end of July.

The State of the Industry Conference brought together decision-makers from the public and private sectors, academics, government officials, hoteliers, travel professionals, and journalists from the region and around the world. The conference ran from October 16 -18.