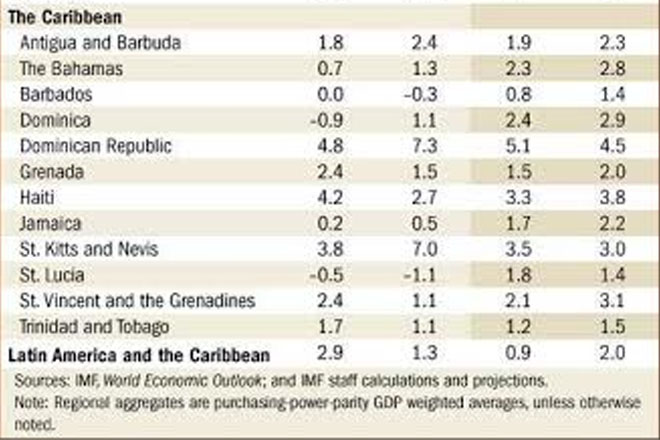 St. Kitts-Nevis Projected to have 2nd Highest Growth Rate in the OECS for 2016 Says IMF

Basseterre, St. Kitts — According to the Latest Reports by the IMF St.Kitts-Nevis is projected to have the Second Highest Growth Rate among OECS Countries and the 4th Highest in the Caribbean Region. The International Monetary Fund (IMF) predicts that overall growth in the Caribbean will improve.

In Commenting on the IMF Projection Prime Minister and Minister of Finance Dr. Timothy Harris stated “ Now is the time to ensure that all can have a fair share of this nations prosperity. We will expand the middle class, invest in our people, create jobs by growing the economy. This is the foundation of a prosperous nation or we will create the foundation of a prosperous nation.”