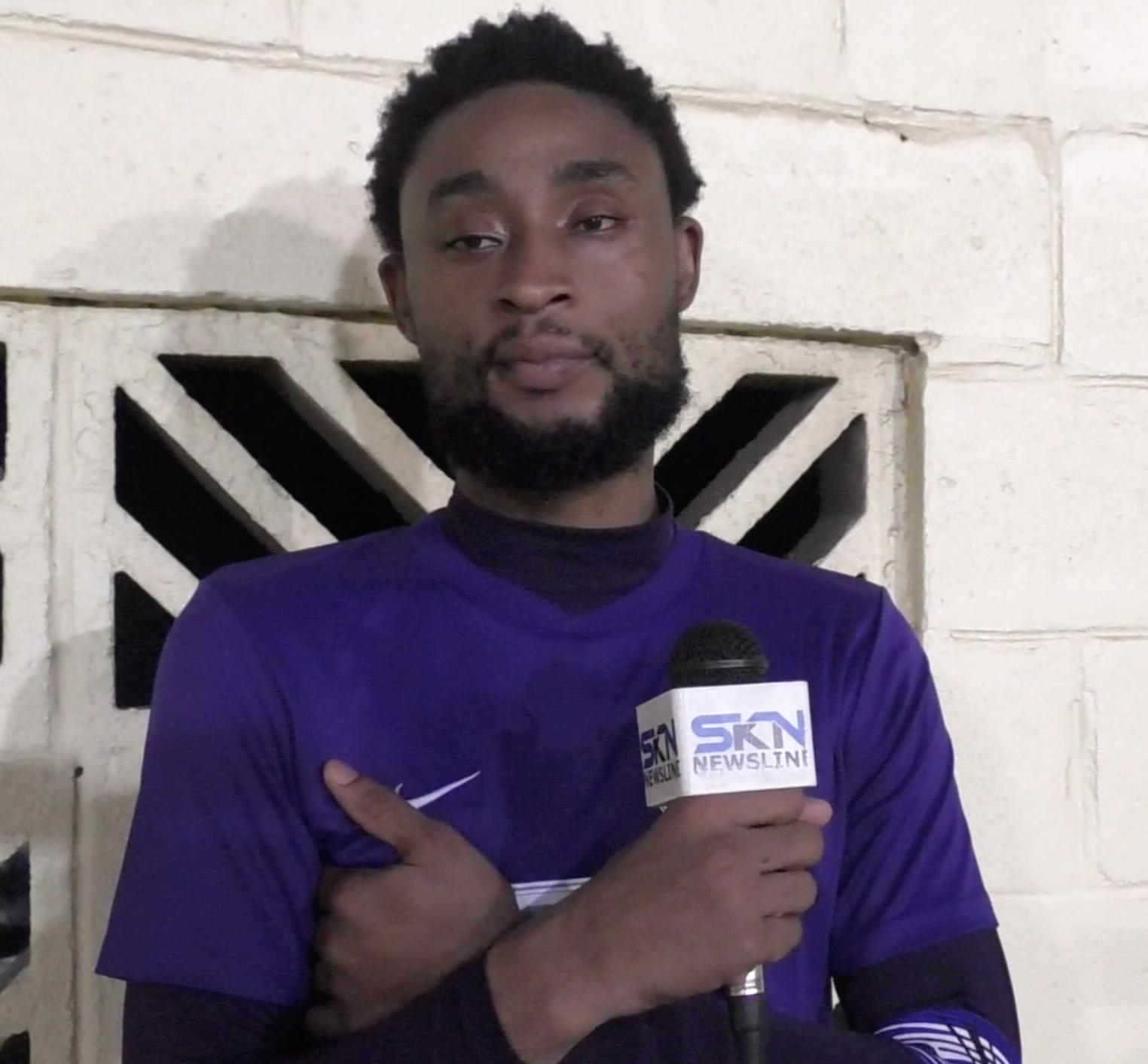 SKNFA Premier League Father’s Day action saw St. Peters F.C. and Fast Cash Saddlers play to a 1-1 draw. Saddlers would be ruing the chance to get their second victory in four matches having multiple chances in the second half to take the win—going down 1 nil at halftime. That goal came from Aiden Nurse in the 26th minute for St. Peters. But shortly before Aiden’s goal, Leonardo Morton was sent off in the 17th minute for using abusive and insulting language towards the match official, leaving St. Peters with nine men. Saddlers failed to make that numerical advantage count, missing a penalty which was saved by the St. Peters custodian. It took a brilliant free-kick from Karl Tuitt in the 86th minute to rescue a point for Saddlers. Saddlers Captain Junique Eddy rued the miss opportunities for Saddlers.

“I think we suffered from the start, we were not able to put away our chances early,” a frustrated Eddy said. “Today St. Peters were down a man and they were able to put one of the chances into the goal. We got a penalty late on, which we would normally put away and use it to spring our comeback…we were able to get one after but I think not scoring that penalty might have put a little doubt in the guys’ heads so, by the time we got that equalizer, it felt like it was maybe a bit too late. It’s hard,” he further lamented.

He said it seems the team will have to do some more work on their shooting in training. “I think maybe the guys overthink their finishing ability and maybe that’s what keeps them away from maybe putting it away, but I think it needs more target practice. It needs more target practice, it needs more dedication to putting the ball where it needs to go,” he explained. Meanwhile, St. Peters coach was satisfied with the performance, considering they played most of the match with 10 men. “We performed OK (based) on the circumstances…we had to fight to keep them from scoring,” he added. Defensively I feel we held our own but unfortunately, they got a free-kick and they scored.”

For the rest of the season, he expects more of his bench players to get opportunities. “We know we secured a spot in the (playoffs) so going forward we give some of the young players a little more time just to give the other players some rest,” Coach Isaac added. The SKNFA Premier League continues this Wednesday at 6 pm.