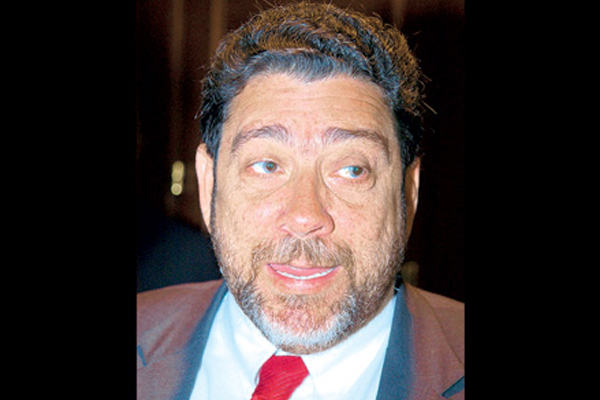 St Vincent PM ‘fed up’ with industrial action at LIAT

Gonsalves, who is the chairman of the shareholder governments of the financially troubled airline, told the Caribbean Media Corporation (CMC) that he was “fed up” with the “self-inflicted wounds” on the Antigua-based airline.

LIAT pilots walked off their jobs on Monday and their union, the Leeward Islands Airline Pilots Association (LIALPA) blamed “misguided and ill-informed decisions” taken by the airline’s management for the action.

The union claimed that they were forced into an emergency meeting to discuss the management’s decision resulting in the widespread disruption to the airline’s daily schedule.

The union and airline representatives met on Wednesday to discuss the matter and while the talks are expected to continue on Thursday, Gonsalves told CMC that “these self-inflicted wounds between management and the pilots just have to stop.

“The amount of money that we are putting in this airline, the shareholders, and more people are getting interested. I just talked to the president of the Regional Council of Martinique and he’s interested in getting on board as an equity partner in LIAT, but this kinda foolishness must stop.

“When these things happen other potential shareholders will wonder what’s the matter with these guys. I’m absolutely frustrated and so too are the members of the travelling public,” Gonsalves said.

Gonsalves said he was anxious to receive a full report on what led to Tuesday’s strike but he urged management and the pilots to maintain level heads and exercise mature judgement.

“I am asking the pilots not to go off the handle at the slightest difficulty, not to on a sick-out, a wildcat strike or withdrawal of labour and I’m asking management just to be circumspect in the way in which they speak, in the way they act. This is absolutely ridiculous.”

Gonsalves said he was still of the opinion that LIAT should be declared an essential service, adding that the shareholder governments had already agreed to go that route.

He told CMC, he raised the matter at the Caricom level and member states now have to decide on whether to accept his proposals.

“I think that they (Caricom leaders) are on board. I can start the ball rolling myself but the important countries to move Antigua and Barbuda and Barbados and to some extent Trinidad and Tobago because these are places where you have ‘bases’.