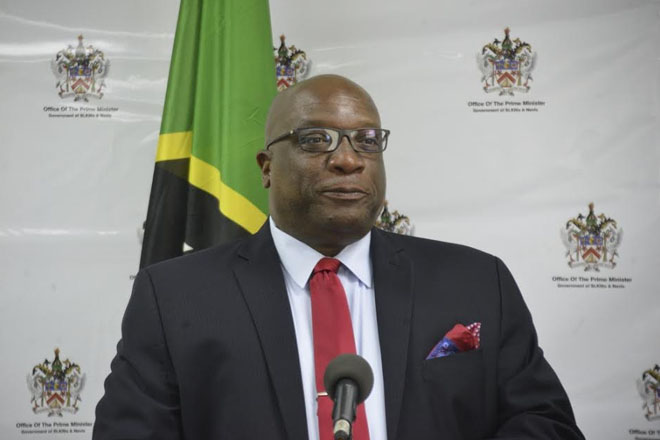 Team Unity Open to a diversity of views and criticisms, says PM Harris

(SKNIS): Prime Minister Dr. the Honourable Timothy Harris has responded to critics of his Government of National Unity by saying that his Government is open to a diversity of views and criticisms as part and parcel of any thriving and healthy democracy in the world.

“Team Unity is a movement and its space is wide and broad. It allows for a diversity of interests, of people, of entities, to participate. We started off as a historic movement where we were committed to set aside our long entrenched party political affiliations to come as it were beyond the narrow political divide to co-habit a space with others with different views, different perspectives and different party membership,” said Prime Minister Harris at his monthly press conference (April 20) in response to a reporter’s question about the views of Operation Rescue, a political watchdog organization that was very vocal and critical against the former Douglas-led Administration.

“I am fully supportive of Operation Rescue and the constructive role it can play” in the national and political life of St. Kitts and Nevis, Prime Minister Harris said, while emphasizing that he is “fully supportive of Team Unity maintaining all of the entities that were part of its origin and was part of the struggle going forward.”

“Within the family of Team Unity as within all normal families, from time to time, you are going to have as it were, perhaps harsh words being spoken. (However), there is no weakening of the family as a result of people speaking at times perhaps in ways that we would otherwise not prefer that they speak,” Prime Minister Harris said.

“The Team Unity family as I know it, as it had its origins, remains intact…there is no weakening of the support. I have had excellent relationship with all in the leadership of Operation Rescue. That relationship still remains strong. It doesn’t mean at times that I haven’t disagreed with their views and them with mine but in no way in my view has it weakened the solid support,” he added.

Prime Minister Harris said that he remains pleased with a Don Anderson poll done a few months ago that showed that 70 percent of the electorate in St. Kitts and Nevis is satisfied with his Government’s performance to date.