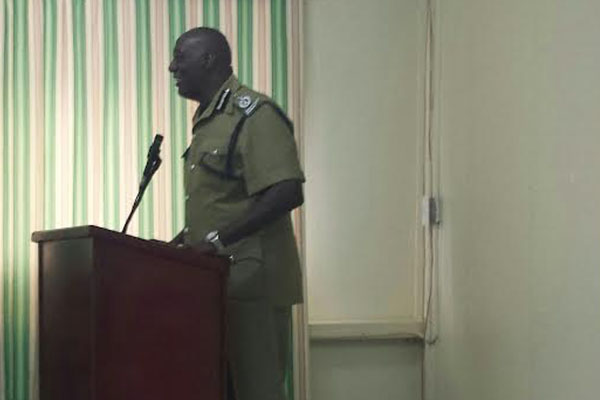 ZIZ News — The Royal St. Christopher and Nevis Police Force in its continuing effort to enhance competency, has included their security forces counterparts in this level of training conducted by two (2) separate instructors from the Harris County Sheriff’s Department in Houston, Texas. At the request of Commissioner C.G. Walwyn, himself a former Harris County Deputy Sheriff Instructor, Sheriff Adan Garcia sent two instructors to St. Kitts to train members of the Royal St Christopher and Nevis Police Force in High Risk Emergency Tactics for Patrol Officers and a state-mandated course called First Line Supervision, for new supervisors. Included in this training were members of the Customs and Excises Enforcement Division and the St. Kitts Nevis Defence Force.

Assistant Commissioner of Police, Ian Queeley, encouraged the fifty (51) participants to utilise the information that was imparted to them during the training. ACP Queeley also told the trainees that during his brief visit, he observed the student/teacher interactions and is of the view that they will be able to put into practice what they have learned.

Commissioner Walwyn thanked the instructors for volunteering to come to the Federation to impart their knowledge and skills to members of the Joint Security Forces.

Prime Minister, The Right Honourable Dr. Denzil Douglas, in his capacity as Minister with responsibility for the Anti Crime Unit, extended his appreciation to the instructors and asked them to convey his appreciation for their service to Sheriff Garcia.