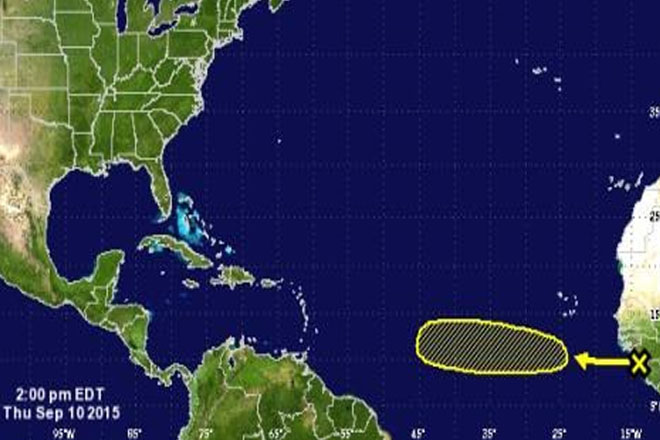 Miami, USA — Tropical Storm Henri, the eighth named storm of the 2015 Atlantic hurricane season, has formed close to Bermuda and, according to the National Hurricane Center in Miami, at 5:00 pm EDT on Thursday was about 260 miles (420 km) east-northeast of the island, moving north at 15 mph (24 km/h).

This general motion was expected to continue with an increase in forward speed through Thursday night and, on the forecast track, the centre of Henri will pass well east of Bermuda.

There are no coastal watches or warnings in effect.

Meanwhile, a tropical wave near the west coast of Africa is producing some disorganized shower and thunderstorm activity. Some slow development of this wave is possible during the next several days while it moves westward across the tropical Atlantic at about 15 mph. The chances of a tropical cyclone forming during the next five days are low (20 percent).