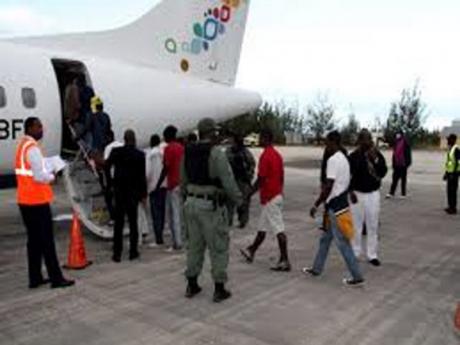 The Office of the United Nations High Commissioner for Human Rights has called for the Bahamas to refrain from deporting Haitians after Nassau earlier this month deported more than 100 Haitians less than two weeks after Prime Minister Dr Hubert Minnis warned illegal migrants they should either leave the country voluntarily or be “forced to leave”.

In a statement, the agency said it was calling for the government “to refrain from deporting individuals who lack documentation, without the individual assessments and due process guarantees to which they are entitled under international law”.

The human rights group noted that many of the Haitians lived in informal settlements that were destroyed by the hurricane, losing their documents, jobs, and belongings.

Earlier this month, a statement issued by the Department of Immigration said that a Bahamasair flight had departed the Lynden Pindling International Airport for Port-au-Prince, Haiti with a total of 112 Haitians escorted by a team of law enforcement officers.

The department said it “will continue its commitment to carrying out the mandates of our agency to combat illegal migration by establishing effective border control management in compliance with the Statute Laws of our country”.

Hurricane Dorian slammed in the Bahamas on September 1, killing at least 60 people and causing widespread destruction in Grand Bahamas and Abacos islands, where many Haitians had lived before the storm.

The UN agency noted that Bahamian authorities had initially said immigration enforcement activities would be suspended in the affected islands, but that “this position was publicly reversed at the end of September when they announced that all migrants without valid documents would be apprehended and deported

“We encourage the Government to put in place procedures that facilitate access to documents for all those who had legal documents prior to Dorian – particularly those who may be either stateless or at risk of statelessness – and to ensure they have access to independent legal counsel. We call on the authorities to halt any further deportations to Haiti at the moment,” the agency added.