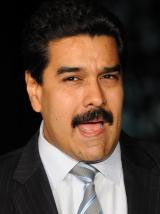 (BBC) The leader of Venezuela’s opposition has claimed it has won a critical two-thirds majority in Sunday’s election.

If confirmed, this would allow the opposition to make sweeping changes to legislation and appointments made under the current Socialist government.

The National Electoral Council has already announced that the opposition won 99 seats in the 167-member assembly.

The Socialists have gained 46 seats, with another 22 yet to be declared.

At a later news conference, Mr Capriles said the opposition had a two-thirds majority, with four seats left to declare.

Among the campaign issues were chronic food shortages of staples – such as milk, rice, coffee, sugar, corn flour and cooking oil.

Venezuela has been hit hard by the continuing low price of oil, its main export. It also has the continent’s highest inflation rate.

Mr Maduro has blamed the situation on an “economic war” waged by the opposition.

“We have come with our morals and our ethics [intact] to recognize these adverse results, to accept them and to say to our Venezuela that the constitution and democracy have triumphed.

“We have lost a battle today, but the struggle to build a new society is just beginning.”

Nicolas Maduro, Venezuela’s president and head of the United Socialist Party of Venezuela.

“The results are as we hoped. Venezuela has won. It’s irreversible,” tweeted (in Spanish) Henrique Capriles, a leading opposition figure in the Democratic Unity Roundtable and a former presidential challenger.

“Venezuela wanted a change and that change came. A new majority expressed itself and sent a clear and resounding message.” – Jesus Torrealba – opposition coalition chief.