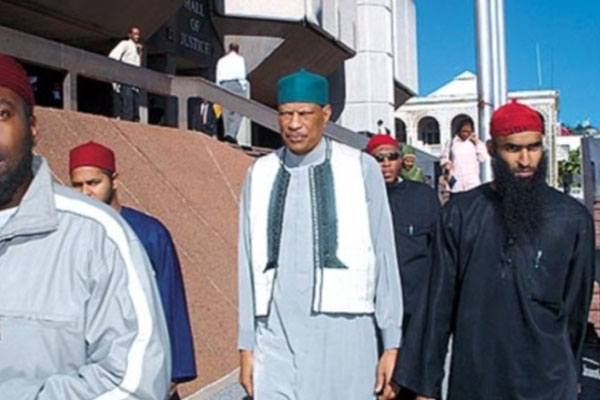 Port of Spain, Trinidad (CMC) — High Court judge Frank Seepersad has adjourned to December 7, a constitutional motion filed by the leader of the Jamaat Al Muslimeen group, Yasin Abu Bakr, in which he is suing the state for wrongful arrest arising out of a murder in 1998.

Bakr was implicated in Sammy’s murder, and was the subject of a coroner’s inquest before Coroner Nalinee Singh in the Port of Spain Coroner’s Court.

Singh ruled that the evidence which came out during the inquest was sufficient for making a charge against Bakr, and another man, Brent Miller, on the indictment of murder. Warrants for their arrest were immediately issued on September 29, 2010.

But the charges were dropped one month later after the Director of Public Prosecutions, Roger Gaspard, said there was not enough evidence to proceed with the case.

He was of the view the case did not have any “evidential basis” for the State to move forward, and that the evidence against both men was insufficient.