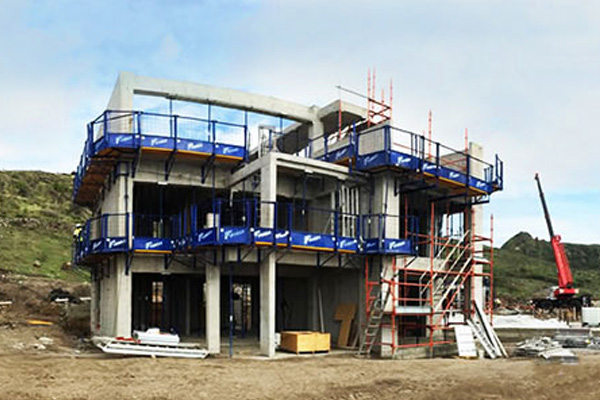 Bassetere, St. Kitts (CUOPM) — The construction sector in St. Kitts and Nevis is again thriving and contributed a 12 percent growth rate in 2013 after recording a decline in economic activity of 10 percent in 2012.

The Federation’s Prime Minister the Rt. Hon. Dr. Denzil L. Douglas disclosed that the construction will be further stimulated with the approval of 15 private sector based projects that are expected to invest in the region of US$576 million and create over 3,200 jobs in the economy.

“The buoyancy of the sector is buttressed by sound policies geared towards the stimulation of public and private sector infrastructure development,” said the Federation’s Prime Minister the Rt. Hon. Dr. Denzil L. Douglas.

Delivering the 2015 Federal Budget in his capacity as Minister of Finance, Prime Minister Douglas said several projects in the pipeline will help to further stimulate growth of the sector over the short to medium term.

“The pipeline of investment projects is vibrant. In 2014 alone, my Government approved about fifteen (15) private sector based projects that are expected to invest in the region of US$576 million and create over 3,200 jobs in the economy. The economy will also benefit from spin-off effects from these projects as directors, managers, accountants, chefs, architects, engineers, landscapers, plumbers, electricians, domestic workers, and the like will be needed,” said Prime Minister Douglas.

He said during the year his Government continued to expedite vital upgrades to the Kennedy Simmonds Highway and its environs.

“Two (2) major achievements have been the completion of the new round-a-bout at the junction of the Kim Collins Highway and Frigate Bay Road and the installation of proper drainage systems within the Ponds Pasture/Newtown area. Both initiatives have provided a safer driving experience for road users allowing for the free flow of traffic through the junctions as well as alleviating the concerns of drivers and pedestrians who traverse the large volumes of water that settled on the roadway during heavy rain,” said Dr. Douglas.

He pointed out that the drainage aspect has also brought great relief to the residents in the East Basseterre area and used the opportunity to thank them for their patience and cooperation during the construction phase.

“As you would recall work had commenced on the terracing at Timothy Hill. We have since completed this undertaking and are in the process of procuring the tunnel which is currently being fabricated for installation as a means of providing a safer gateway into the South-East Peninsula which is fast becoming a premier resort and entertainment hub in the Federation,” Dr. Douglas said.

He added that there is no doubt that the construction sector makes a very important contribution to building the competitiveness and prosperity of the economy.

Prime Minister Douglas said public and private construction activities are primarily responsible for the modernization of the built environment and expressed optimism of continued growth of the construction sector as there are a healthy mix of development projects in the pipeline.