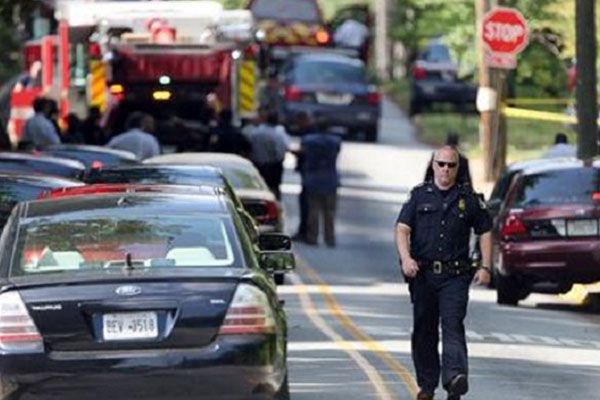 ATLANTA, Georgia (AP) — Police say a 17-year-old boy has been charged with aggravated assault after five people were shot near an Atlanta high school.

Atlanta Police Sergeant Greg Lyon says Brooks is being charged as an adult. It wasn’t immediately known whether he is a student or whether he has an attorney.

Lyon says that the five were shot Tuesday afternoon near Therrell High School and that their injuries didn’t appear to be life-threatening.

Chafee says that all five were taken to Grady Memorial Hospital in stable condition and that four of them are students.