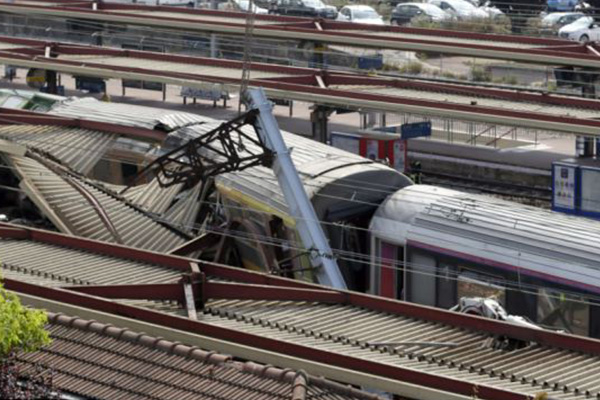 (CNN) — At least two people were killed and seven others were injured in a train derailment in Southeastern France on Saturday morning, a local Mayor said.

The train, which carried 35 passengers, was traveling on a route between Saint-Benoit and Annot in a mountainous area of the department of the Alpes-de-Haute-Provence, Annot Mayor Jean Ballester said.

The derailment took place when the train hit a rock that had fallen on the railway, Ballester said in an interview with CNN affiliate BFMTV.

An emergency plan was launched by regional authorities. Dozens of firefighters and a rescue helicopter were dispatched to the scene, Ballester said.