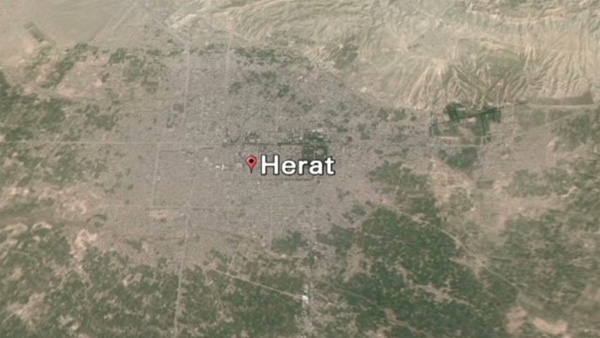 2 injured in attack on U.S. consular vehicle in Afghanistan

(CNN) — Two Americans were injured Wednesday in Afghanistan when a U.S. Consulate vehicle was attacked while traveling through the western city of Herat, the U.S. Embassy in Kabul said.

The Americans were “lightly injured” and are being treated in a hospital in the city, the embassy said.

The U.S. government is working with Afghan authorities to investigate the attack and bring those behind it to justice, it said. No one has claimed responsibility.

Last week, four gunmen attempted to attack the Indian Consulate in Herat. Two gunmen were killed, but no one else was injured and the consulate building was not damaged.

The latest attack comes a day after President Barack Obamaannounced he plans for 9,800 American troops, along with some allied forces, to remain in the country in 2015 if the Afghan government signs a security agreement.

Obama to cut troops, says Afghanistan ‘will not be a perfect place’

The number would get cut roughly in half by the end of 2015, and a year later the U.S. military presence would scale down to what officials described as a “normal” embassy security contingent.

Washington and its NATO allies will formally halt combat operations in Afghanistan at the end of this year.

Afghanistan is due to hold a runoff presidential election next month to choose a successor to President Hamid Karzai. Both candidates have indicated they will sign the security pact, Obama said.

A Taliban spokesman condemned Obama’s speech, saying that his proposal to keep U.S. forces in Afghanistan until 2016 was an “invasion of religious, national and human rights” of the Afghan people.

The need to wage jihad, or holy war, is the same whether there is one “invading soldier” or thousands, spokesman Zabiullah Mujahid said in a statement.

“Therefore, if Americans want to get themselves and Afghan nation out of war, they should withdraw all their soldiers from Afghanistan,” he said.