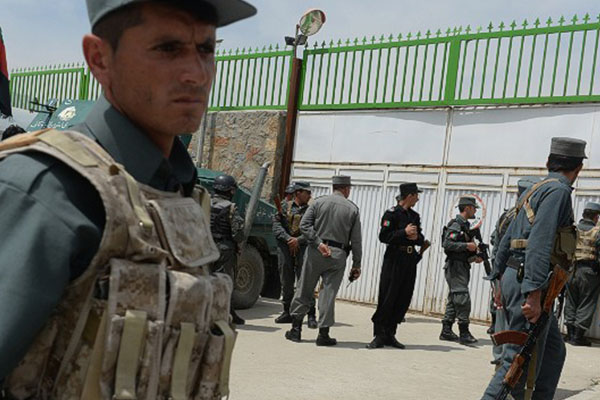 The police guard shot himself but survived, Stanekzai said. The motive for the attack was not immediately clear.

Two of those killed were father and son, Afghan Minister of Public Health Suraya Dalil said.

The father, a senior pediatrician at the hospital, was at the gate to allow the others — his guests — into the building, Dalil told “CNN Newsroom.” That’s when the guard opened fire, she said.

The surviving victim has undergone medical treatment and is in stable condition, she added.

The senior pediatrician had worked at the hospital for seven years.

The U.S. Embassy in Kabul confirmed the shooting.

“With great sadness we confirm that three Americans were killed in the attack on CURE Hospital,” the embassy tweeted. “No other information will be released at this time.”

CURE is a non-profit organization that operates hospitals and programs in 29 countries, according to its website.

It said patients “experience the life-changing message of God’s love for them” while receiving treatment regardless of gender, religion or ability to pay.

The CURE hospital in Kabul has about 100 beds and has about 37,000 patients annually.

Afghanistan has seen a spate of deadly attacks against foreigners in recent weeks.

And last month, five militants set off a deadly car bomb and then stormed a guest house used by foreigners in Kabul, the Afghan interior ministry said.

The militants held several foreigners hostage, including three Americans, a Malaysian and a person from an unspecified African country.

One girl was killed in the bombing. By the end of the hostage ordeal, One of the militants was shot and killed, and the other four blew themselves up.

The Taliban claimed responsibility for the March attack. Taliban spokesman Zabiullah Mujahid said militants targeted a location that foreigners used as a church and for converting Afghans to Christianity.